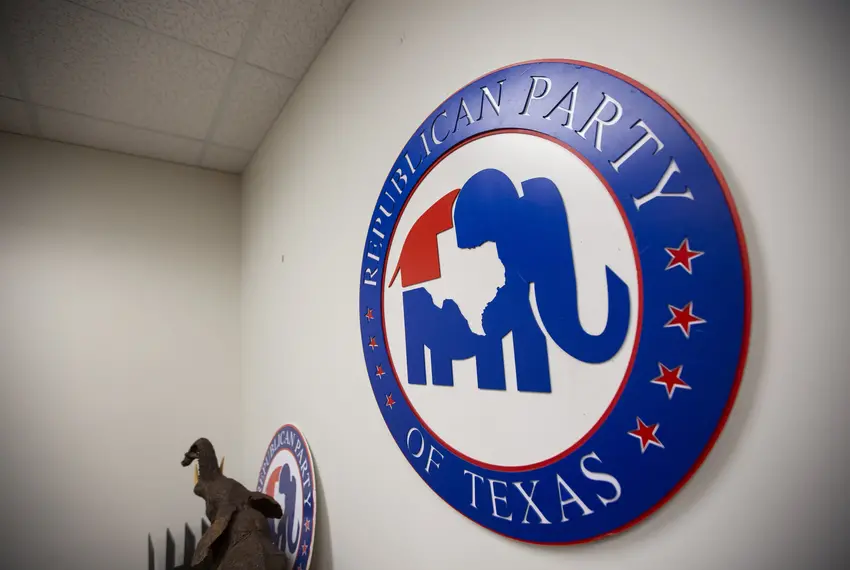 Republican leaders in five Texas counties shared racist Facebook posts, some of which also floated conspiracy theories, leading Gov. Greg Abbott to call for two of them to resign.

Abbott and other top Texas Republicans called for the resignation of the GOP chairs in Bexar and Nueces counties after they shared on social media a conspiracy theory that Floyd’s death was a “staged event,” apparently to gin up opposition to President Donald Trump. There is no evidence to support that claim; Floyd, a black Minnesota man, died last week after a white police officer kneeled on his neck for nearly nine minutes.

“These comments are disgusting and have no place in the Republican Party or in public discourse,” Abbott spokesman John Wittman said in a statement Thursday morning.

Meanwhile, the GOP chairman-elect in Harris County, Keith Nielsen, posted an image on Facebook earlier this week that showed a Martin Luther King Jr. quote — “Injustice anywhere is a threat to justice everywhere” — on a background with a banana. The juxtaposition of the quote and the banana can be read as an allusion to equating black people with monkeys, a well-worn racist trope. Nielsen appears to have deleted the post and apparently addressed it on his Facebook page Thursday evening.

“It is unfortunate that the sentiment of the quote and my admiration for Dr. Martin Luther King Jr. has been overshadowed by people’s misinterpretation of an image,” Nielsen wrote, calling for “racial reconciliation” in America. “My hope is I will continue to be part of the solution and never part of the problem.”

The Texas Tribune became aware of Nielsen’s post after Abbott called for the resignation of the Bexar County and Nueces County chairs. Wittman could not immediately be reached for comment about the third post.

U.S. Rep. Dan Crenshaw, a Houston Republican, said in a statement to the Tribune that “Nielsen has no place in our party. Not now. Not ever” — and called his post “a sad reminder that such blatant ignorance and bigotry still exists.”

Even later Thursday, Democrats also criticized a fourth post from a GOP chair on Facebook. Sue Piner, chair of the Comal County GOP, shared a post on Sunday that included an image of liberal billionaire George Soros and text that said, “I pay white cops to murder black people. And then I pay black people to riot because race wars keep the sheep in line.”

Piner could not be immediately reached for comment about the post. The unfounded Soros conspiracy theory is among many that have spread online as Americans have protested policy brutality.

“I have said it before and I will say it again now: the GOP must not tolerate racism. Of any kind. At any time,” he said in a Tweet.

In Bexar County, home to San Antonio, GOP Chairwoman Cynthia Brehm did not respond to request for comment for this story but told Spectrum News that she would not resign over her post. She told the TV station that she did not agree with the post and rebuffed the cast of GOP leaders calling for her to step down, saying they “do a lot of things, too, that I don’t agree with, but I don’t ask for their resignation.”

In the post on Facebook, Brehm described the situation in which Floyd died as the “possibility” that “this was a filmed public execution” for the “purpose of creating racial tensions.” She also cited the “rising approval rating of President Trump in the black community” as a reason for why “an event like this was unfortunately predictable.”

Brehm was not the only big-city county GOP chair to spread the conspiracy theory. After she received wide condemnation Thursday, it surfaced that the chairman in Nueces County — home to Corpus Christi — had posted the same text on Facebook last week. The post from the chairman, Jim Kaelin, called it an “interesting perspective.”

Wittman told The Texas Tribune that the governor also wanted to Kaelin to step aside.

“Spreading conspiracy theories that the murder was staged simply defies reality; it is irresponsible, and unbecoming of anyone who holds a position in the GOP,” Wittman said in a statement.

On Friday morning, it came to light that a third county GOP chair, Lee Lester of Harrison County in East Texas, had also recently spread the conspiracy theory. He presented it as “Food for thought” in a party Facebook group.

Brehm has been a lightning rod since she took over the party in Bexar County in 2018. She made headlines last month for declaring the new coronavirus a hoax pushed by Democrats.

At least one San Antonio Republican, former Texas House Speaker Joe Straus, acknowledged that Brehm has a “long history of making racist and inflammatory statements, peddling conspiracy theories, and bringing embarrassment upon Bexar County Republicans.” He said in a statement it was “well past time for her to resign.”

Brehm’s Facebook post about Floyd began receiving wide attention Wednesday after Gilbert Garcia, columnist for the San Antonio Express-News, posted a screenshot of it on Twitter. He later said he had taken the screenshot from her Facebook page Wednesday morning, and it was apparently deleted that afternoon.

Garcia’s tweet prompted U.S. Rep. Chip Roy, R-Austin, whose district includes Bexar County, to call for Brehm to step down immediately. The other Republican who represents Bexar County in the U.S. House, Rep. Will Hurd of Helotes, said he agreed Brehm should resign after Abbott’s call Thursday.

The Texas Democratic Party said Wednesday evening that Abbott and other Texas Republicans should ask for Brehm’s resignation.

“Cynthia Brehm’s comments are flat out wrong and dangerous,” party spokesman Abhi Rahman said in a statement. “Enough is enough.”

Democrats also called on Republicans to denounce Brehm’s comments last month about the coronavirus crisis, which she said “has been promulgated by the Democrats to undo all of the good that President Trump has done for our country.” The Democratic Congressional Campaign Committee had specifically called on Roy and two other San Antonio-area GOP candidates to condemn those remarks.

Roy’s chief of staff, Joseph Wade Miller, said Wednesday evening he was unaware of Brehm’s coronavirus comments and the Democratic calls to denounce them. “Just another reason why she should resign though,” he tweeted.

Cassandra Pollock contributed to this report.