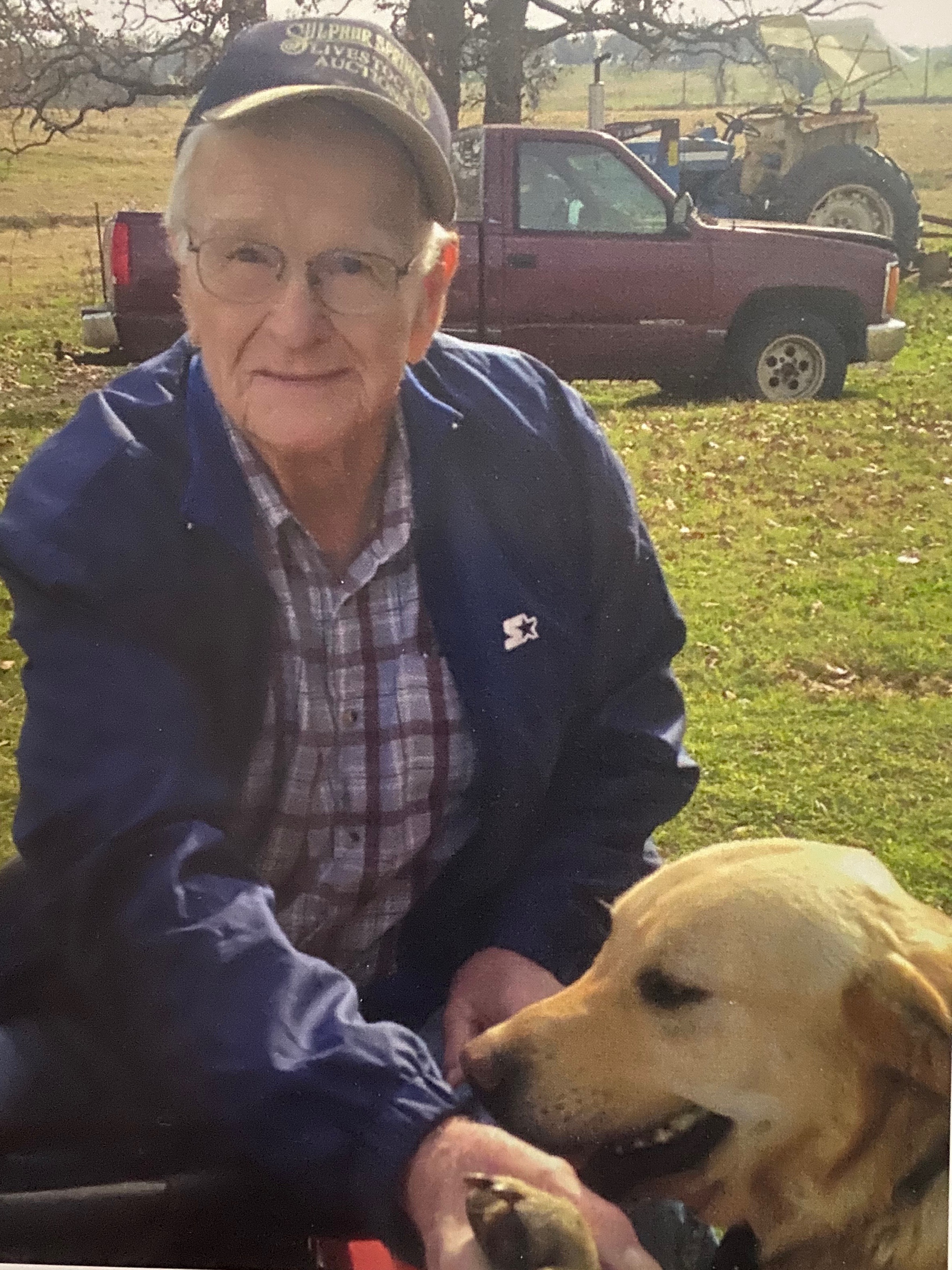 He spent most of his life in the dairy and beef cattle business. Dusty worked and saved until he was able to purchase a home and farm in the early 1950s. He continued working with his cattle until his late 80’s.

He lived in the Weaver community and was married to Wilma Goldsmith for more than 60 years.

Dusty, or Pawpaw as he was lovingly called by his grandchildren and great-grandchildren, was a man of few words. He was a devoted family man. He enjoyed spending time with his sons and grandsons hunting and fishing. He loved to watch his children and grandchildren play basketball and rarely missed one of their games.

Dusty was a strong and hard-working man, a loving father, grandfather and great-grandfather.

The life of Dusty Goldsmith will be celebrated with a graveside service for his family at 10:30 am on June 6, 2020 at Weaver Cemetery with Murray-Orwosky Funeral Home officiating.

Dusty was preceded in death by his parents; his son Michael Goldsmith; grandchildren, Stacie Goldsmith and Joshua Barnwell; five brothers and four sisters.

In lieu of flowers, the family request that donations be made to the Weaver Cemetery.

Daily Devotional from The Way Bible Church for June 5th, 2020