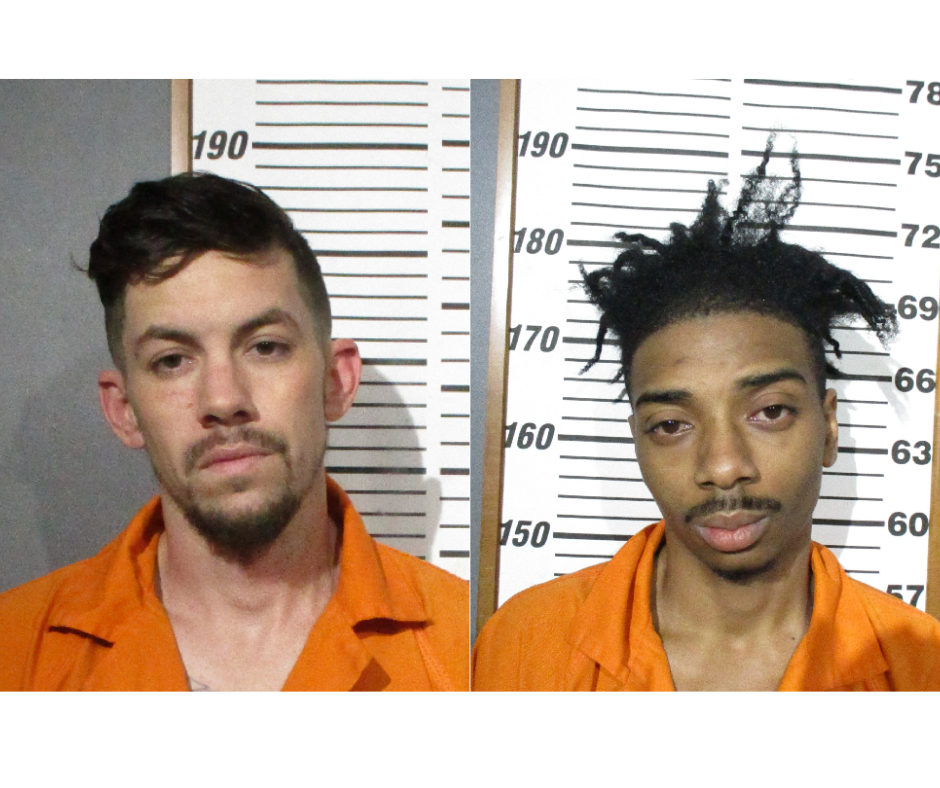 At approximately 7:00 P.M. the on duty Delta County Jailer was escorting two inmates, later identified as Tyler Jones and Anthony Conley to the recreational area.

One of the inmates attacked the Jailer and choked her to the ground. The other inmate broke into the dispatch area and attacked the dispatcher. The inmate then began trying to open the outside cell doors through electronic controls.

The escape and assaultive actions of the inmates were deliberate and appeared to have been planned and coordinated in an effort to escape from the facilitym according to Delta County Sheriff’s Office.
Trustees, Gerald Thomas and Matthew Morris responded to assist and they began pursuit of the inmates. The trustees were able to restrain inmate Jones in the Sally Port(garage area of the jail).

Additionally, Sergeant Alex Suarez and Deputy John Simpson responded and made entry into the jail from the lobby. They immediately encountered inmate Conley. Sergeant Suarez began to apprehend Conley and Deputy Simpson ran to the Sally Port to apprehend inmate Jones.
Both inmates continued to resist apprehension and both officers were assaulted in their attempt to secure the inmates. In addition, Sergeant Elmo Robinson arrived and assisted in the apprehension of the inmates.

Tools of less than lethal force, including tasers and pepper spray were administered by the Deputies in their effort to secure the fleeing inmates. Both inmates were secured and returned to cells.
Minor injuries were sustained by all involved in the incident. EMS responded and evaluated the staff and inmates.

Felony charges for Escape From A Correctional Facility, Assault On A Public Servant, Aggravated Assault On A Peace Officers are being filed on Inmate Jones and Inmate Conley.

The Texas Rangers and the Texas Commission on Jail Standards have been asked to assist in this investigation.
Sheriff Ricky Smith said, “I am extremely proud of our staff and their actions during this incident. They all practiced appropriate jail protocols for such an incident and the Jailer, Dispatcher and Commissioned Officers are to be commended for their actions. I would also like to commend the actions of the trustees. They saw members of our staff in harm’s way and they responded to help protect them.”

Plan Approach to Pruning by Dr. Mario A. Villarino, County Extension Agent for Agriculture and...