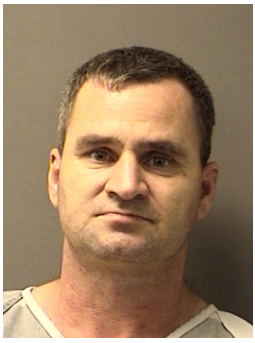 A deputy pulled over 49 year old Richie Wayne Porter and a female passenger after observing his vehicle fail to maintain a single lane of travel and crossing the center line.

Porter allegedly exhibited signs of intoxication during the traffic stop and Porter granted the officers permission to search his vehicle. Deputies located a pipe commonly used to smoke methamphetamine and a stash of contraband behind the coin compartment in the vehicle including multiple bags of suspected marijuana, more than one hypodermic needle, and a black key container with more than one bag containing over 8 grams of suspected methamphetamine.

Porter allegedly admitted to ownership of all of the contraband and paraphernalia inside the vehicle. He was taken into custody and during the course of the arrest it was discovered he had also given false identifying information to the deputy.

Porter is held at Hopkins County Jail and is charged with Possession of a Controlled Substance and Failure to Identify-Giving False or Fictitious Information.