Suspects Fleeing SSPD Crash Into Square and Cause Damage 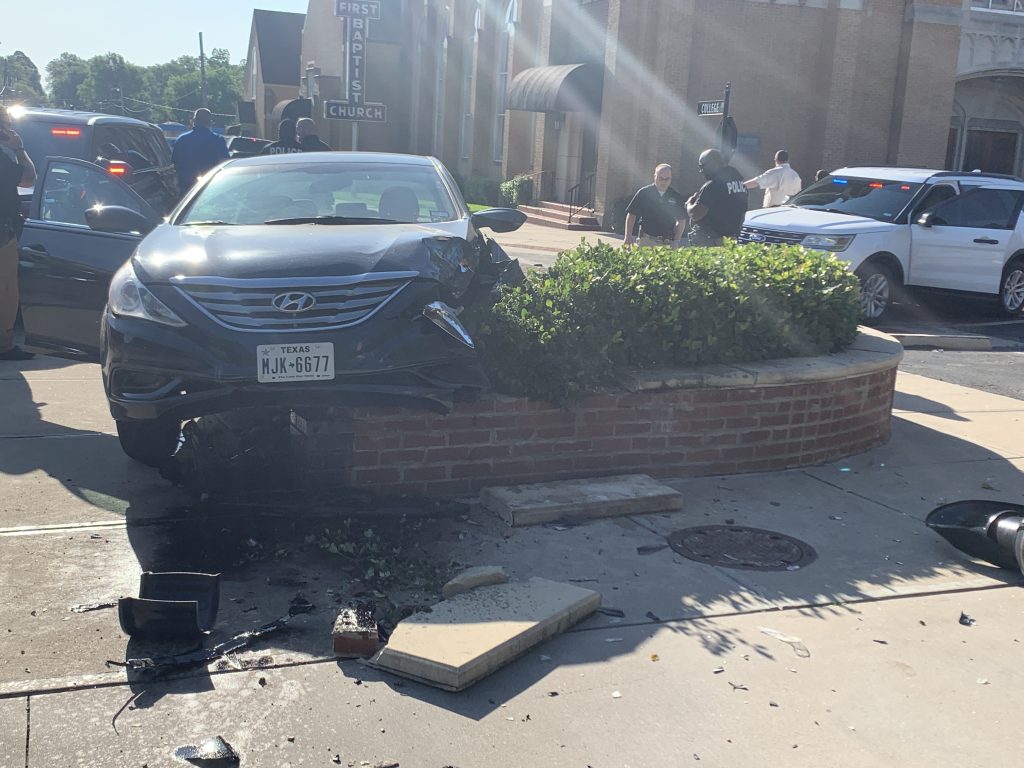 A driver fleeing Sulphur Springs Police Department officers crashed into a lightpole and planters box at the corner of Oak Avenue and College Street this morning.

At 8:39 a.m., a Sulphur Springs Police Officer attempted to stop a vehicle for a traffic violation on College St. The vehicle fled from the officer and crashed at the corner of Oak Ave. and College St. The driver and passenger fled on foot and were quickly apprehended by officers.

The vehicle they abandoned after the crash, was later found to be a stolen vehicle from a residence in Sulphur Springs earlier this morning. In the course of the investigation, Investigators were able to recover an additional stolen vehicle and were able to clear several burglary of motor vehicle offenses that had occurred in the city earlier this week.
The arrested were: 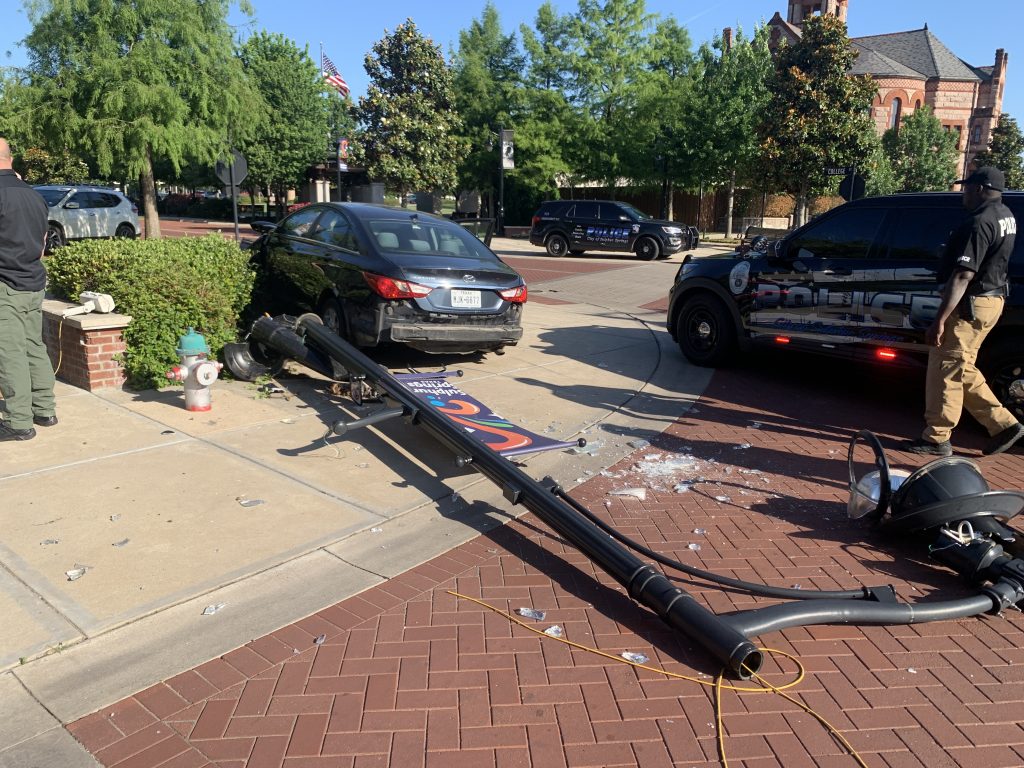