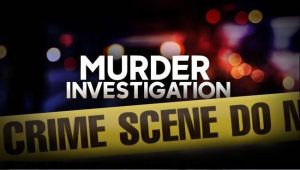 Hopkins County Sheriff’s Office received a call on Sunday 04-12-2020 around 2:00 pm. A resident stated that they had located a burned out vehicle with what they believed to be a body inside it on County Road 1186 in Hopkins County.

Sheriff Lewis Tatum stated when the Deputies arrived at the location of the vehicle, Deputies observed a body in the back floor board of the pickup truck.

Deputies contacted the Criminal Investigation department and all four responded to the scene. Justice of the Peace Brad Cummings pronounced the victim deceased and ordered an autopsy. John Vance with the Texas Rangers was also contacted for assistance.

Through very hard work by all officers involved, they were able to identify the deceased person in the vehicle as Luis Martin Medina- Medina, an approximately 50 year old Hispanic male who resided in Sulphur Springs.

Four suspects were arrested and charged with Capital Murder:

It is believed at this time that there was a dispute involving rent and payment that lead to Medina losing his life.  Medina was injured at his residence and eventually taken by the parties involved to the CR 1186 location.

Sheriff Lewis Tatum would thank everyone involved in this very difficult investigation, because of their hard work and dedication this case was solved in a timely manner.