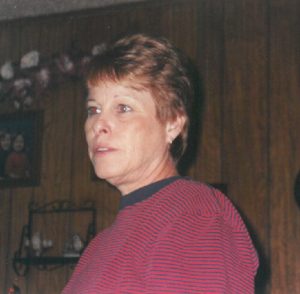 Regena and Johnny had two daughters, Christy Barger and husband     Clifford of Dike and JoAnne Jackson and husband James of Winnsboro.  With her kids, Regena is also survived by her and Johnny’s four grandkids, Jacob Shearer and wife, Kristyn of Hawkins, Stacy Barger and fiancé Trevor of Cooper, Kasey Sanders and Dusty Sanders of Winnsboro, three great grandkids, Keegan Shearer, Stella Williams, Ivy Wallance and two more on the way.

She is also survived by her three brothers, Charles, Wayne and Alex Wagner and one sister, Karon Hapke. Besides her husband, Regena was also preceded in death by her mom and dad.