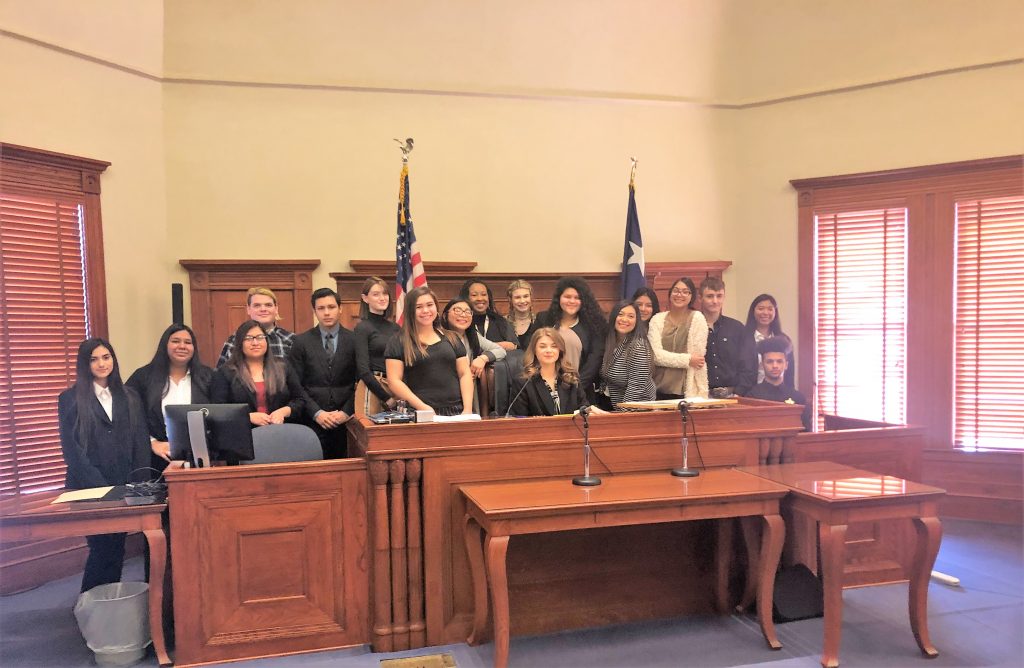 On Thursday, February 28th, a Mock Trial was conducted by SSHS Court Systems and Practices students. The mock trial was the cumulation of a Project Based Learning assignment between the Forensics Sciences classes and the Court Systems and Practices class. Ms. Caroline Kenealy and Mr. Mike Meador set up a crime scene for their classes in which their students had to analyze a crime scene, collect evidence (fingerpring ID, hair and document analysis), and determine the culprit. Students had to examine glass, bullet casings, as well as other forms of evidence. Once the perpetrator was determined, the case was turned over to the Court Systems & Practices class, instructor Demetra Robinson to prepare the case for trial.