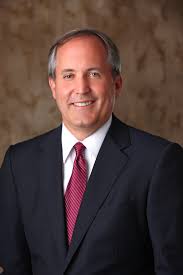 Attorney General Ken Paxton today announced a global settlement framework agreement between state attorneys general, local subdivisions, and Mallinckrodt (MNK), its subsidiaries, and certain other affiliates. MNK is currently the largest generic opioid manufacturer in the United States. In the agreement, MNK agrees to pay $1.6 billion in cash to a trust that will cover the costs of opioid addiction treatment and related efforts, with the potential for increased payment to the trust. MNK also agrees that its future generics opioid business will be subject to stringent injunctive relief that, among other things, will prevent marketing and ensure systems are in place to prevent diversion.

Opioids are a family of drugs including prescription painkillers and illegal drugs like heroin. Nationwide, prescription and illegal opioids are the main cause of drug overdose deaths. According to the Centers for Disease Control and Prevention, opioids were involved in more than 47,600 overdose deaths in 2017. From 1999 to 2017, more than 702,000 people have died from a drug overdose.

“This agreement with MNK is just one example of the timely solutions needed in our fight against the opioid epidemic. My office has been aggressively working to hold opioid manufacturers accountable for their deceptive marketing of highly-addictive pain pills, which spurred an epidemic and left victims and families with unimaginable consequences,” said Attorney General Paxton. “My focus is on not only accountability, but also obtaining the resources we need to get victims of this epidemic the help they deserve. This agreement is a significant step in the right direction, and my office will continue to do everything it can to protect Texans and help our state heal from this life-destroying crisis.”

Daily Devotional for The Way Bible Church for February 26th, 2020