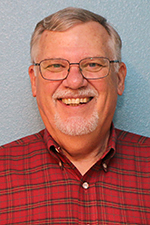 This is the story of a lesser-known Massachusetts colonist whose role in the protests of the 1765 Stamp Act had a profound impact on the writing of the US Constitution.  The presentation takes us from England’s court of King George to the streets of Boston to Philadelphia’s Independence Hall, which will house the Constitutional Convention in 1787.  As MacIntosh’s role in history unfolds, he will be revealed as a commoner who ended up in an uncommon story.