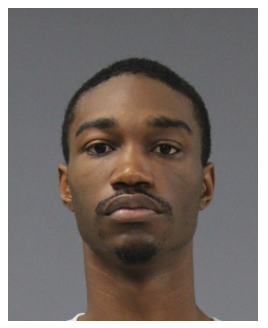 Cumby Police Department arrested a 28 year old Florida man yesterday after he fled an officer on I-30 and crashed into a ditch. A subsequent search of the vehicle uncovered steroids and marijuana in the vehicle.

The Cumby PD officer was performing a routine patrol when a maroon Dodge van travelling eastbound noticed the officer come onto the interstate at the 109 mile marker. The van sped up in an attempt to lose the officer before exiting at the 110 exit at a high speed. The driver then turned onto the 275 overpass and headed towards Frisco Street in Cumby.

The officer continued to catch up to the vehicle and then observed the van crash into a ditch. The driver was detained and a search of the vehicle uncovered a bottle of Powerhouse Labs steroids and two bags of marijuana. Officers also located a Walmart bag the suspect had thrown out of his vehicle containing more marijuana and his wallet.

Cortney Martavius Ivory, 28, was arrested and charged with Reckless Driving, Tampering with Evidence, and Possession of a Controlled Substance. Ivory is currently held at Hopkins County Jail.