Genesis 3: 11 God said, “Who told you that you were naked? Have you eaten of the tree of which I commanded you not to eat?” 12 The man said, “The woman whom you gave to be with me, she gave me fruit of the tree, and I ate.” 13 Then the Lord God said to the woman, “What is this that you have done?” The woman said, “The serpent deceived me, and I ate.”

The blame game. People have been playing it from the very beginning. The sinful nature of fallen humanity has difficulty when it comes to accountability and responsibility. Rather than looking at self first when something goes wrong, the un-renewed mind is quick to try and wiggle its way out of facing the consequences that result from making bad choices. Spouses are quick to blame each other or their children. Employees are quick to blame their employer. Children, even adult children, blame their parents…all in an effort to escape what they feel will be punishment or adversity that results from their disobedience. Take a look at Adam in today’s scripture text. He actually tried to pin the blame for His failure on God. How could it have come to that point? What had he become? In his own eyes he became God, when in actuality he was the one who fell. When you become elevated in your own eyes, you’ll never notice how far you have fallen. Sitting on a self-made throne, makes you a slave to your situation. You become the god of the mess you create because pride tells you that you must refuse accept responsibility for the fact that you messed up. Even if that means that you blame God Himself. You become subject to the very sin that you’re trying to push off on someone else. Eventually everything comes to light and who you’ve become this process is far from who God had created you to be. It’s time to take an introspective look at your life while allowing the Holy Spirit to shed His light of truth on your current situation. No matter how far you’ve fallen, accepting responsibility for past actions, enables the Father to extend His loving arms and bring you back into right relationship with Himself. He will apply the blood of Jesus to the sins of your past and restore you to place He had for you all along. – Love and Blessings, Pastor Jeff

Coronavirus cases in Texas are soaring again. But this time Gov. Greg Abbott says no... 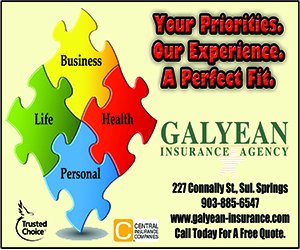