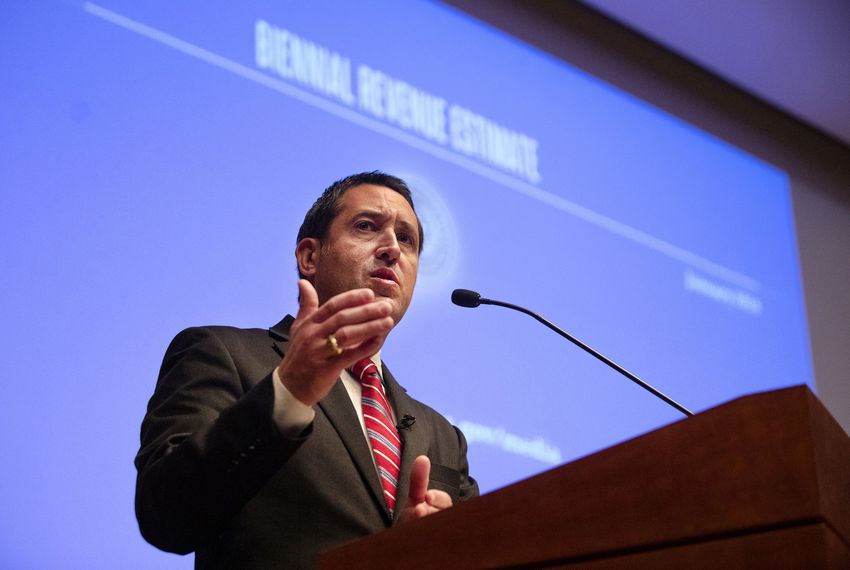 A sizable herd of people in business suits gathered in a government hearing room this week to talk about tax law.

So why are you reading this?

Because that herd was fighting about where some of your local sales taxes go — namely the sales tax from online purchases. That money doesn’t always go to the place where you live and work.

The suits were assembled for a public hearing about city governments that pay businesses to locate in their cities — by effectively refunding sales taxes those companies have collected from their internet customers.

Those refunds go not to the customers who paid them, but to the companies that collected them for the state.

Some cities and businesses have figured out how to exploit the system — legally — by directing all of their internet sales to one locality and levying the sales taxes there, regardless of whether their customers are in El Paso or Texarkana. It also doesn’t matter where an item that’s purchased online is picked up or delivered. So if someone in Texas buys a computer online from Dell, the sales taxes go to the city of Round Rock. If you purchase a refrigerator from Best Buy’s website, the city of San Marcos might be getting the local sales tax. And if you live in El Paso, buy a table saw online from Home Depot and pick it up at your local store, the tax could be collected 570 miles away in New Braunfels.

To attract that kind of revenue, the cities and companies take advantage of a state law that allows the cities to pay some of the sales taxes back to the company collecting them. For instance, the contract between San Marcos and Best Buy returns up to 75% of the local sales tax that the company collects from its online sales. That’s part of the local tax package that San Marcos used to attract and keep the company and fewer than 100 jobs at its operations center in the city.

Texas Comptroller Glenn Hegar wants to change the tax rules in a way that would upend some of those economic development deals. His proposal says sales taxes should go to the purchaser’s city instead of the city where the seller says its online sales are made.

Our hypothetical El Pasoan’s purchase, for instance, would go to the city of El Paso instead of the city the retailer has chosen as the site of its internet sales.

That would move a lot of money around. Remember that room full of people in suits?

Cities that are beneficiaries of the current setup — the ones that made the economic development deals — came to squawk in opposition. They want to protect and honor the deals they have made. Cities that lose sales tax revenue to online sales came to salute the comptroller. They want to keep local money local and to stop subsidizing economic deals in other parts of Texas.

The public hearing on the comptroller’s rule change attracted both. The cities of Palestine and Lufkin sent officials to speak in favor, saying the sales taxes on their local residents’ purchases should stay at home.

New Braunfels, Round Rock and others were there to oppose the change, saying it would upset their economies, their budgets and their bond ratings. Round Rock would lose $29 million in revenue, Mayor Craig Morgan said at the hearing.

The city of Lewisville would lose $1.3 million from this change, officials testified. James Harris, an attorney for Lewisville and a number of other cities, started his comments by wondering why there is any need to change the law at all, noting that internet sales have been around for years, and contending the law works like it’s supposed to work.

If Hegar’s change goes through, cities would have three years to unwind their current deals. And here’s a prediction, based on the historical behavior of herds of people in suits: If the comptroller goes ahead, the suits will move two blocks south, to the Texas Capitol, to appeal to lawmakers to put things back the way they are now.

Texas power generation companies will have to better prepare for extreme weather under bills Gov....