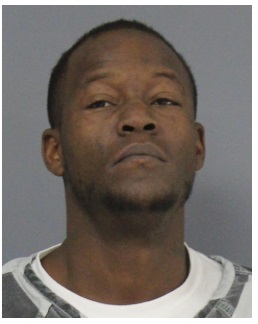 A 33 year old Arkansas man led Cumby Police Department on a chase down I-30 that ended in Hunt County yesterday.

Cumby PD Officer Steward ran a license plate check on a Ford sedan that was travelling in the left hand lane at the 112 mile marker without passing. The records check showed the plate registered to a 1993 Geo. The officer attempted a traffic stop but the vehicle continued travelling down the interstate.

The vehicle continued to evade arrest and exited at the 101 mile marker and headed north on SH 24 before making a U-turn and getting back on I-30. Hunt County law enforcement set up a spike strip at the 97 mile marker and waited for the suspect.

The suspect’s vehicle made contact with the spike strip causing the vehicle’s tires to deflate. The vehicle exited at exit 97 and crashed out. The driver, 33 year old Terry Critton of Arkansas, exited the vehicle and fled on foot. Hunt County deputies apprehended Critton while DPS and Cumby PD secured the female passenger.

Critton in currently held at Hopkins County Jail on charges of Evading Arrest with Motor Vehicle, Reckless Driving, and on an Arkansas warrant for Violation of Parole.