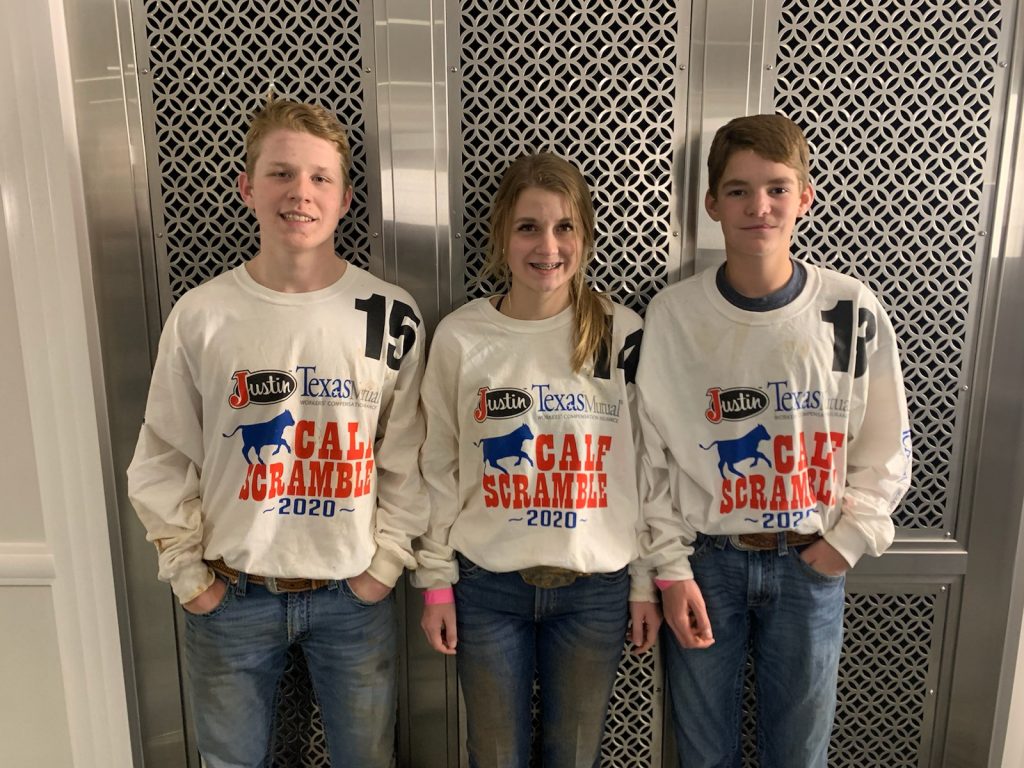 The month of January has flown by with most of it being spent at the Ft Worth Stock Show and Rodeo. We had 3 students Wayne Hinton, Tripp Smith, and Matti Smith showing 5 Holstein heifers Jan 16th-22nd at the Ft Worth Dairy show. All did very well in some of the biggest classes in the breed. In addition, all 3 of the kids caught a calf at the Ft Worth Calf Scramble and received a $500.00 certificate to go purchase another dairy heifer to show next year.

During that same weekend we had 3 ag mechanics students Austin Crouse, Haydan Keller, and Oliver Yanez exhibit a deer blind that they built. This past weekend Jan. 23rd-27th we had 7 students showing 7 Beef heifers. John-Robert Mason showed his Shorthorn Saturday at 8am and placed 5th in his class. Jace Mayers placed 8th with his Beefmaster heifer and Maurie Flecker showed her Beefmaster. Savannah Allen showed her Hereford Saturday placing 6th in her class. In addition Alex Flecker Scrambled Saturday night at the Ft Worth Rodeo and caught a calf receiving a $500.00 Certificate. On Monday Coen Bell showed his Semmental Heifer placing 3rd in class and Cash Vititow showed his Brahman placing 7th and Blaine Allen showed his Brahman Heifers. In addition Annie Horton showed her market Lamb placing 10th put of 77.

The first week of February, Coen Bell will be returning to Ft Worth with his steer. Also during that week we will have a group of ag mechanics students travel to San Angelo for another ag mechanics project show.  It is a busy month for all ag teachers across the state as we kick of Spring stock shows and judging season. Don’t forget our NETLA show will be starting Tuesday Feb 25th with Ag Mechanics show and livestock animals Thursday Feb 27th through Feb 29th. Till next time, see yall down the road. 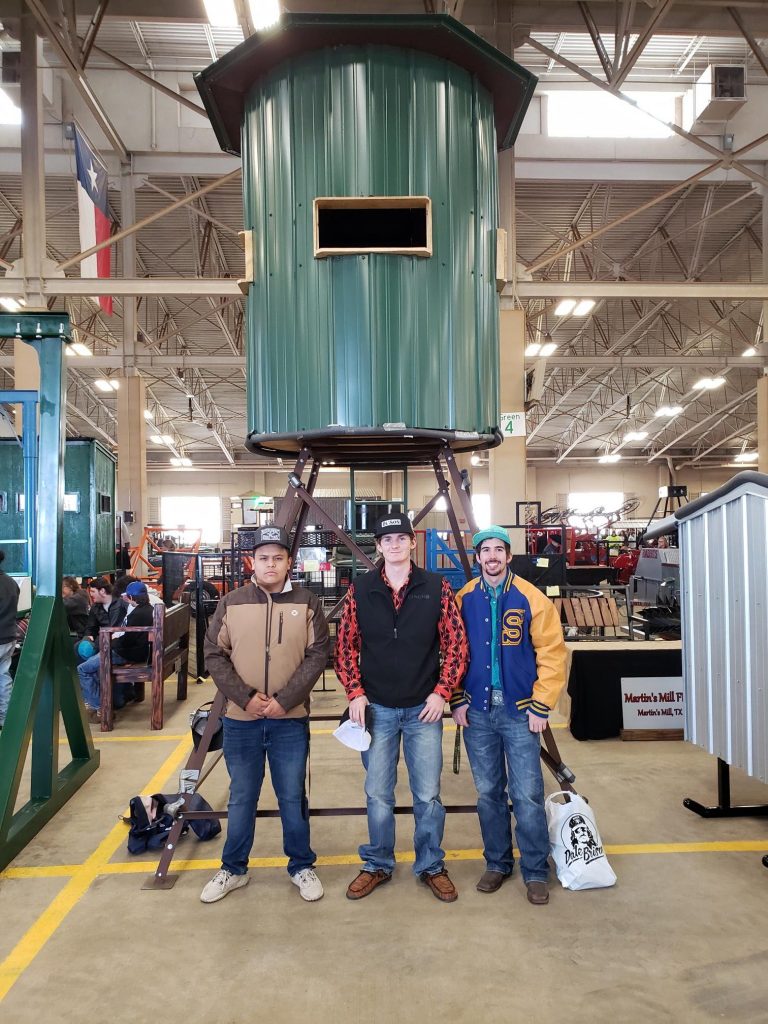 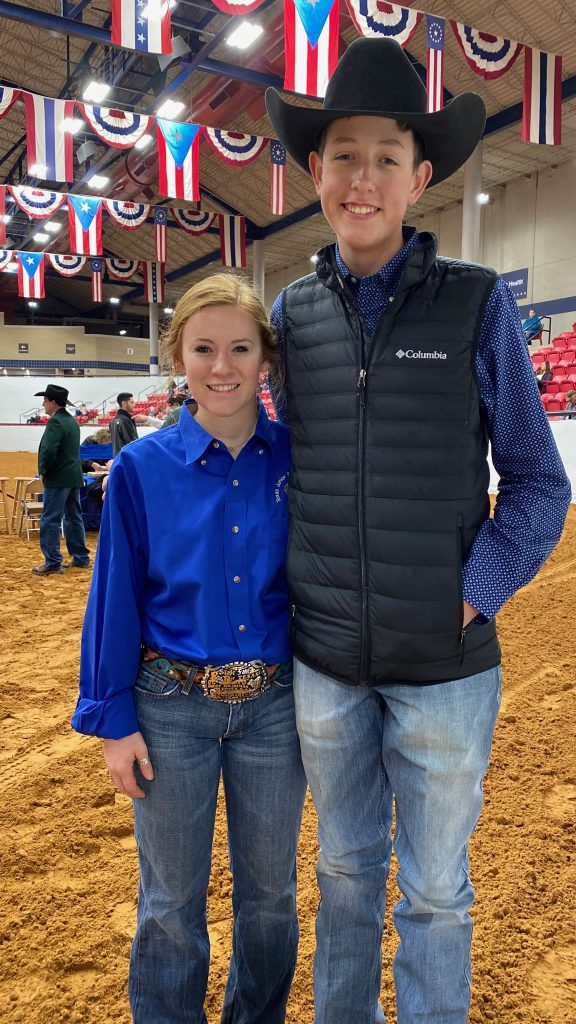 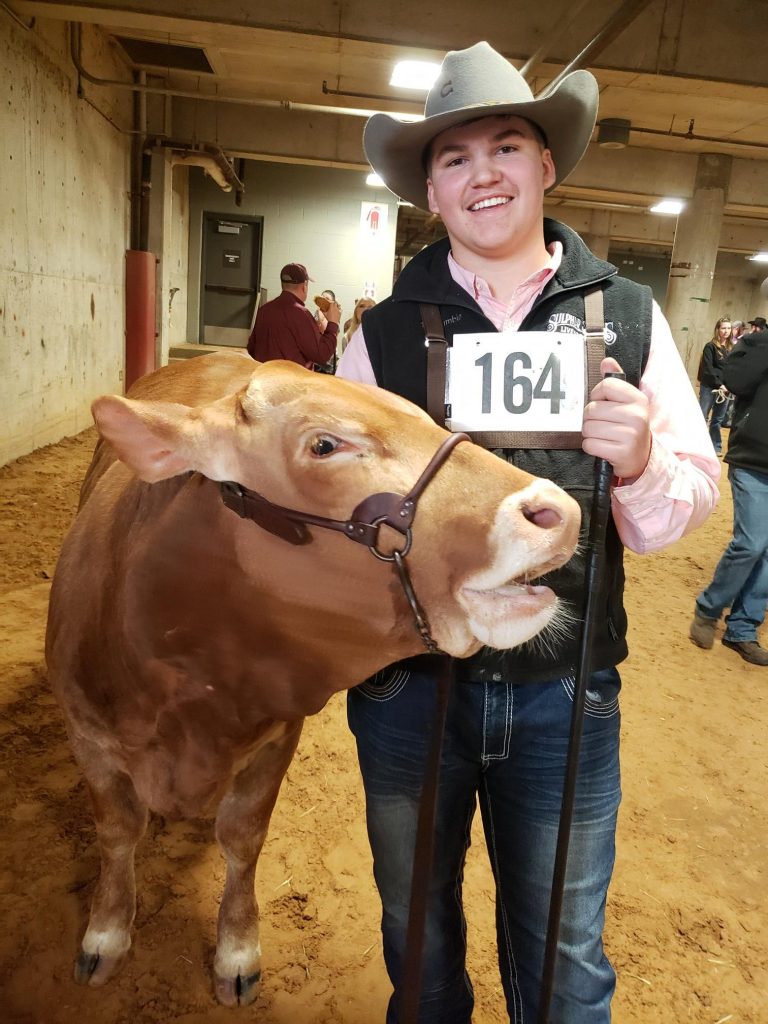 Jace Mayers and his Beefmaster heifer before show. 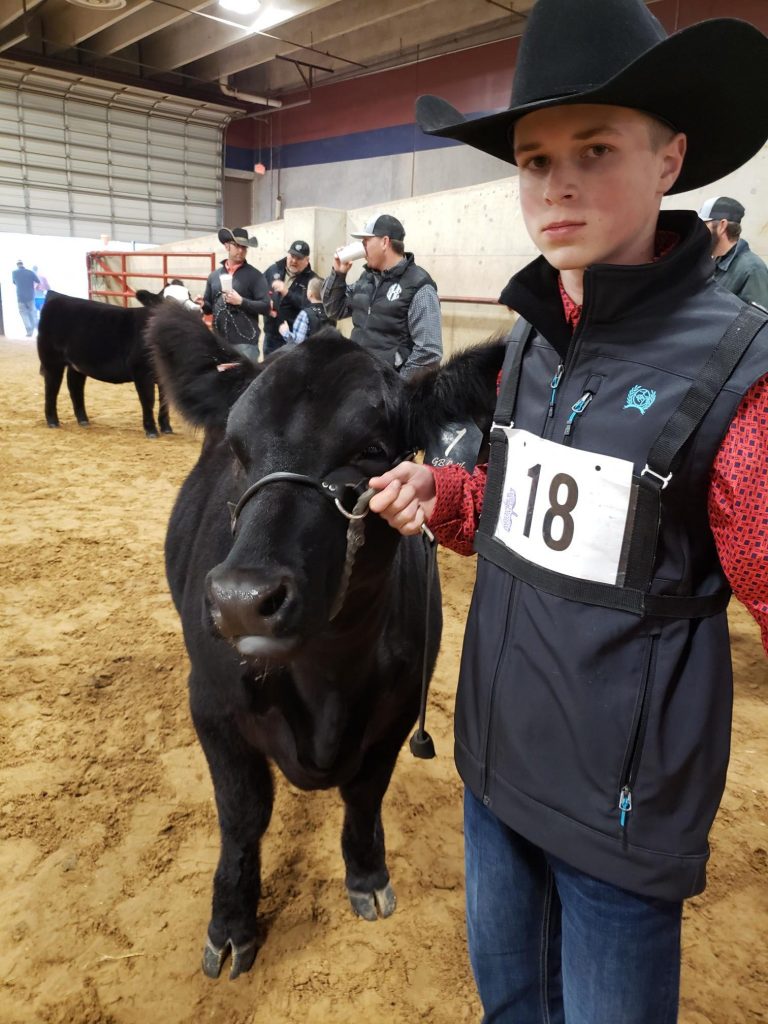 Coen Bell and his Simmental heifer placed 3rd in class. 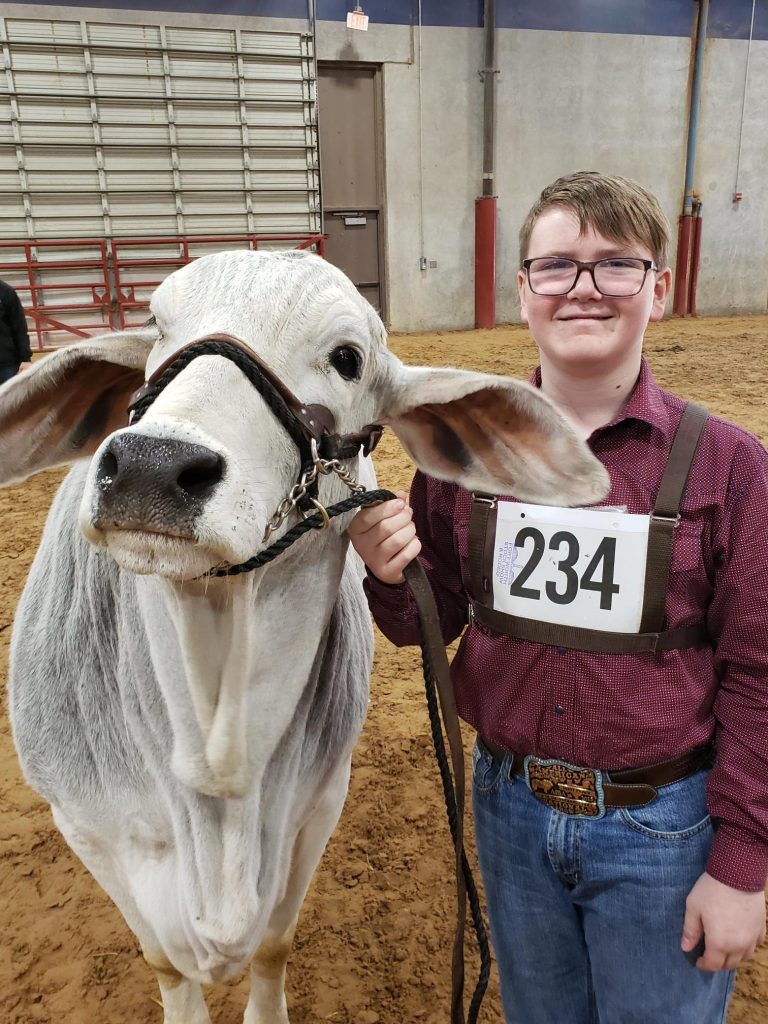 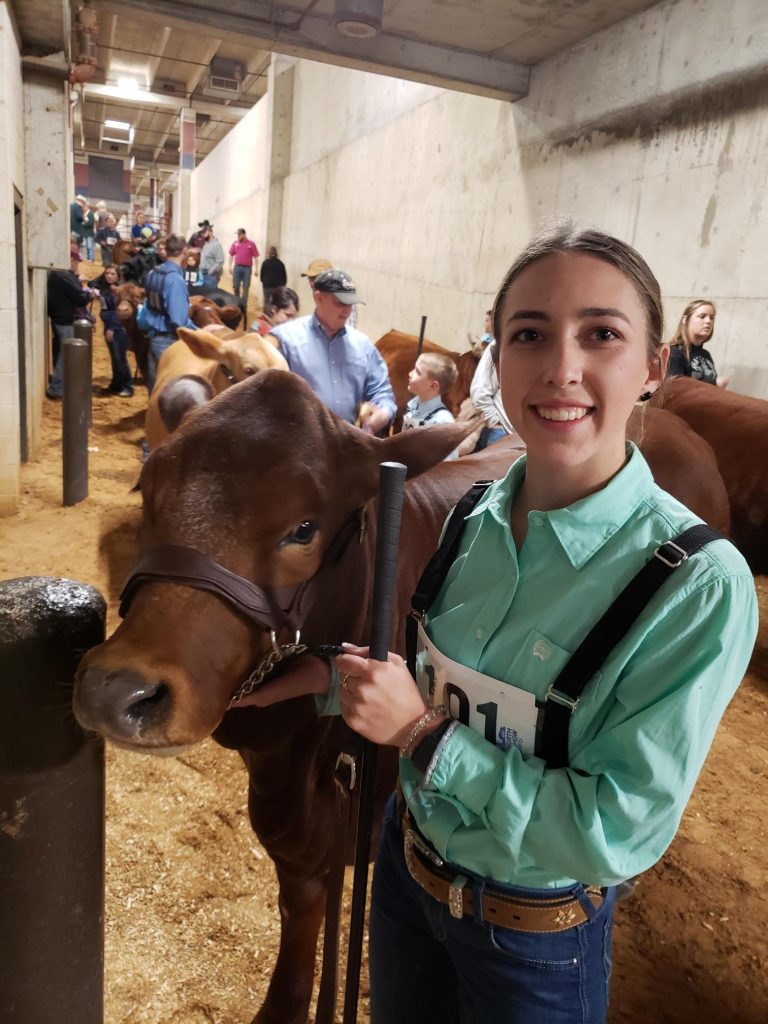 Maurie Flecker and her Beefmaster heifer 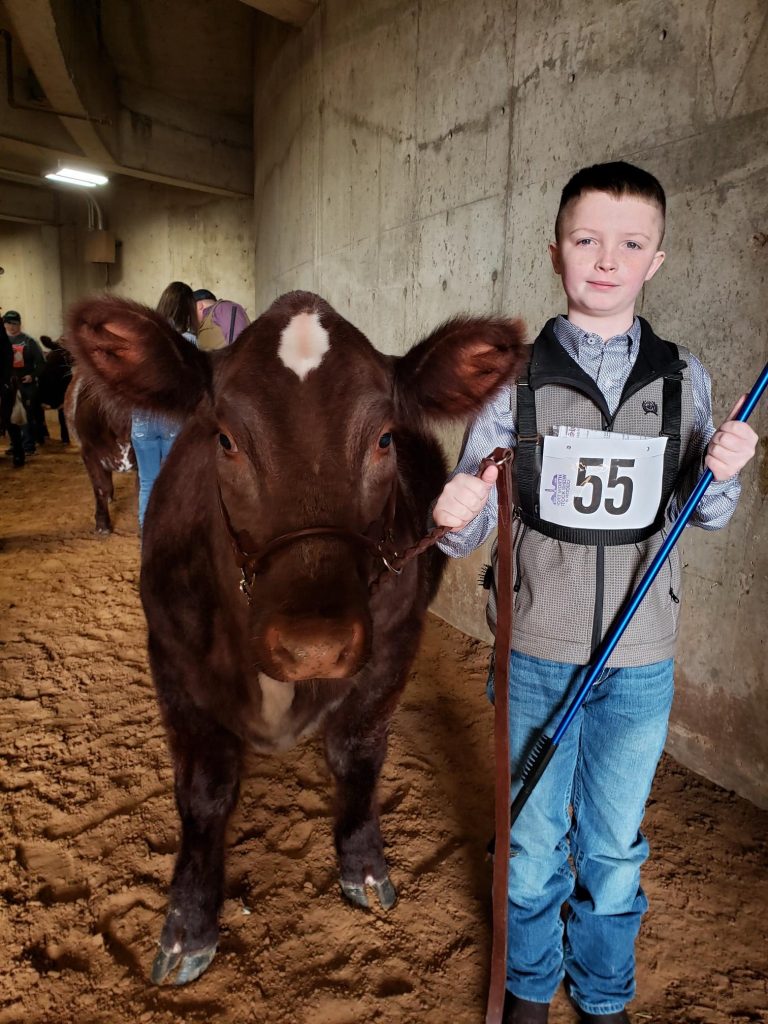 John-Robert Mason and his Shorthorn heifer 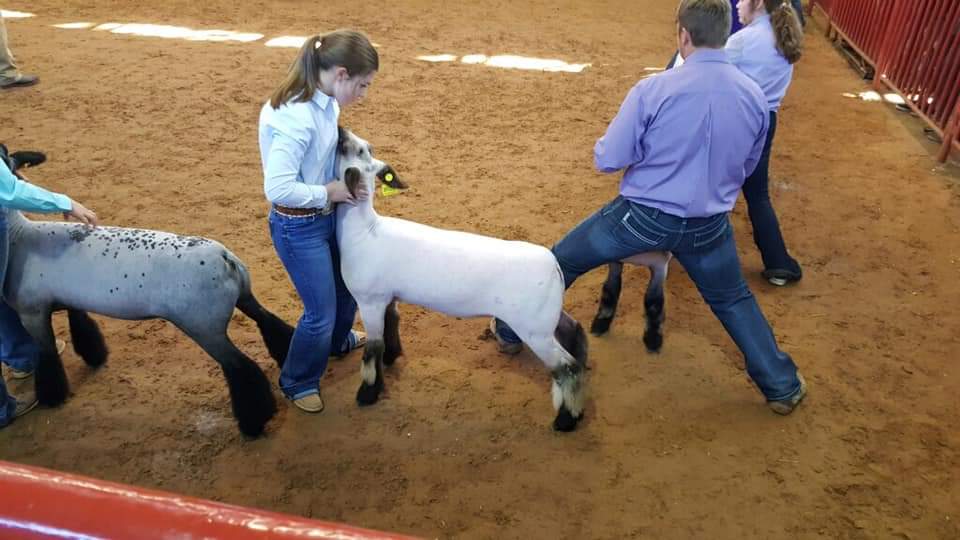