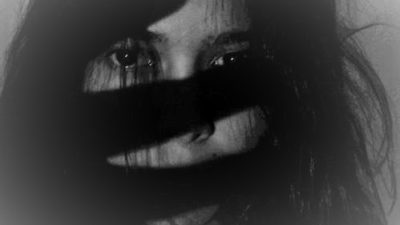 Texas ranks second in the nation in reports of human trafficking and an estimated 300,000 victims entered the state in 2016 according to statistics from the National Human Trafficking Hotline and The Statewide Human Trafficking Mapping Project of Texas.

One Texas A&M AgriLife Extension Service agent is doing something to help reduce those numbers.

“I think most people don’t understand the true scope of this crisis, and I hope my work can help the victims and make people more aware of this problem,” Treviño said.

Human trafficking, which includes sex trafficking, labor trafficking and forced domestic servitude,  is modern-day slavery. Women and girls make up the majority of trafficking victims in North America at 85%, according to the United Nations Office on Drugs and Crimes. UNODC estimates 70% of those women and girls are trafficked for sex.

Treviño, who holds a Ph.D. in human development and family studies, has worked with at-risk and low-resource youth for most of her professional career. For the past decade, she has worked with youth in the foster care and juvenile justice systems.

“The youth involved in foster care and juvenile justice systems are at greater risk for entering the adult justice system and becoming victims of human trafficking, both labor and sex trafficking,” Treviño stated.

Inspired by her work with at-risk and low-resource youth, Treviño and her research partner, Matt Short, created a tool to help first responders spot and assist human trafficking victims. Their system includes a standard set of markers to identify victims along with a protocol to follow after they have been identified.

Short is an emergency health sciences assistant clinical professor and civilian training officer at the University of Texas Health in San Antonio. He did his undergraduate work at Texas A&M University, where he earned his bachelor’s degree in psychology.

“The work Dr. Treviño is doing is important not just to our local community, but for the entire state of Texas,” said Michael Clawson, AgriLife Extension district administrator at Lubbock. “This has the potential for a vast statewide impact once the tool and protocols  are formally available to first responders.”

Part of the new system will be a card that provides first responders and emergency response personnel with clues to look for and questions to ask suspected trafficking victims– the Cues & Qs. Since first responders such as EMS, EMTs, paramedics and firefighters are invited into homes and businesses when responding to calls, they have an opportunity to engage victims in a different environment than other healthcare professionals.

“It is important for first responders to be involved in this because they are in the unique position of having boots on the ground in every community,” Treviño said.

“As an AgriLife Extension agent, I have been involved in helping Texans improve their lives through education and positive youth development programming. Communities and families trust me to bring them accurate information about topics that are current and impact their members. I see this as a logical extension of my commitment to Texas communities and the well-being of Texans.”

“We are also working on developing a protocol for first responder organizations to implement in their communities that will connect victims, once identified, with the local resources they need to leave and improve their situation,” Treviño said. She is also developing a curriculum to help trafficking victims return to more normal lives.

“Having a tool to help identify victims and having a protocol in place if someone is identified as a victim, will greatly increase a first responder’s ability to help and potentially save these children, women and men who have been trafficked,”  he said.

The team has already had information booths set up at continuing education events for first responders, and has spoken at community events.

“We are currently validating the STEMSS Cues & Qs, and during that process, we are collecting information from first responders to also release training to prepare them to use the tool,” Treviño explained.

At the Texas EMS Conference in November, one of the largest in the country, Short and Treviño presented a critical analysis of available instruments used to identify victims of human trafficking. They also outlined an awareness of the need for such an instrument for first responders.

“It was well-received, and we heard tons of very positive feedback and a great desire to implement the tool for use across Texas,” Treviño said.

The duo also presented an informational poster and participated in a panel presentation that included sharing some information about the Cues and Qs as well as the proposed protocol.

“Many large communities are interested in us coming out to train their first responders to use this tool,” Trevino said. “We have also received positive feedback from the Texas Governor’s office.”

Traffickers can be very tricky and sometimes they groom their victims, she noted.

“Human trafficking and unhealthy relationships were both identified in the Texas Communities Future Forum in Lubbock County as important topics, so my local stakeholders have also identified these areas as important to the community and have been supporting my work in this area,” Treviño said.

Treviño and Short are currently planning a community symposium in Lubbock for April.

Contact Treviño at 806-775-1740 for more information about her work. To get help or report trafficking, please contact the National Human Trafficking Hotline at 888-373-7888 or help@humantraffickinghotline.org. You may also text HELP to BEFREE (233733).