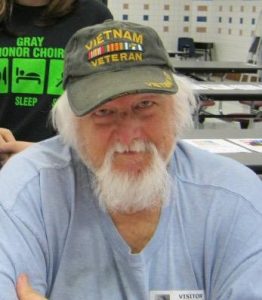 Memorial services for Ovie Rae Henry Jr, age 70, of Dallas, formerly of Sulphur Springs, will be held at 3:00 p.m., Saturday, January 4, 2020 at West Oaks Funeral Home with Rev. Donald C. Brown officiating. There will be no formal visitation. Ovie passed away on December 31, 2019 in Dallas, TX. He was born on April 4, 1949 in Fulton County, GA, the son of Ovie Rae Henry Sr. and Mary Frances Price. He served in the Army National Guard and later worked in commercial construction. He is survived by daughter, Amber Henry of Dallas, brother, Jeff Henry of Dallas, sister, Teresa Brown, and grandchildren, Destiny and C.J. Esquivas. He is preceded in death by his parents and wife, Karen Peters Henry. Arrangements are under the direction of West Oaks Funeral Home. www.westoaksfuneralhome.com