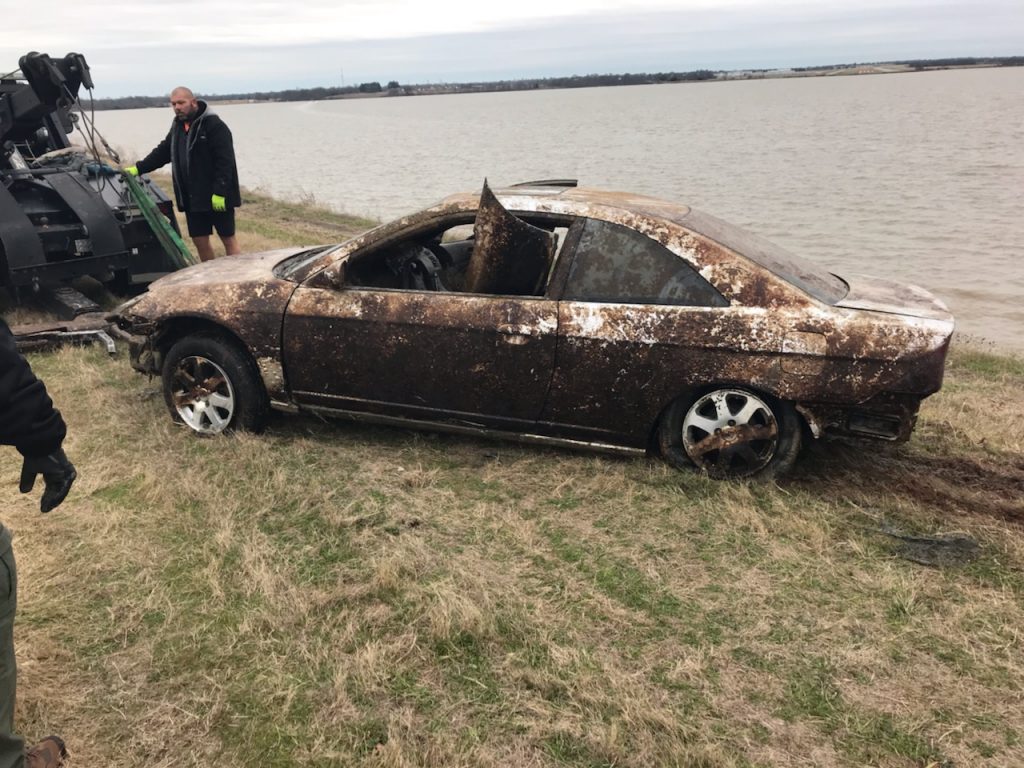 Sulphur Springs Police Department has confirmed that the car pulled out of Lake Sulphur Springs yesterday was a stolen vehicle. The 2001 Honda Civic was reported stolen in Greenville in February of 2008.

The car was discovered by men who were reportedly using sonar equipment on the lake recently. The men then reported their discovery to law enforcement.

The Paris Fire Department Dive Team was contacted to assist in the recovery of the vehicle. The dive team hooked the vehicle underwater so that it could be towed to shore by Benson Bros. Wrecker Service.

Chief Ricketson thanked the Paris Fire Department and Benson Bros. Wrecker Service for coming out on a cold holiday morning to help with the extraction.