Home Local News Dallas Couple Arrested on I-30 in Stolen Vehicle and In Possession of Crack-Cocaine.
Local News 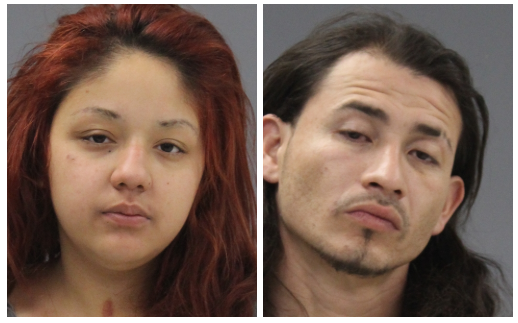 DPS arrested 35 year old Brenda Arzola-Eupracio and 35 year old Jose Madeo Ramirez on New Year’s Eve after being pulled over in a stolen vehicle. She was also in possession of crack-cocaine and he was arrested for violating sex offender registration requirements.

Arzola-Eupracio was pulled over at the 120 mile marker on I-30 for a defective high mounted stop lamp. During the stop it was discovered Arzola-Eupracio did not have a driver’s license. Neither the driver or the passenger could provide the name of the owner of the vehicle and each gave different versions of how they came into possession of the vehicle. Further investigation discovered that the vehicle had been stolen out of Dallas on Saturday afternoon.

Arzola-Eupracio was placed under arrest for Unauthorized Use of a Motor Vehicle and transported to Hopkins County Jail. Before entering the jail, she admitted to having a pipe and crack-cocaine on her person.

Arzola-Eupracio was booked into custody and charged with Unauthorized Use of a Motor Vehicle, Possession of a Controlled Substance Penalty Group 1, Possession of Drug Paraphernalia, and No Drivers License. Bond has not been set.

A check of Ramirez’s identifying information showed Ramirez to be a registered sex offender and known criminal gang member. Arzola-Eupracio stated Ramirez had been living with her in the Dallas area for the last four weeks. Irving PD confirmed with DPS that Ramirez had not updated his address and he was arrested for Failure to Comply with Sex Offender Registration Requirements. He is held at Hopkins County Jail where bond has been set at $30,000.