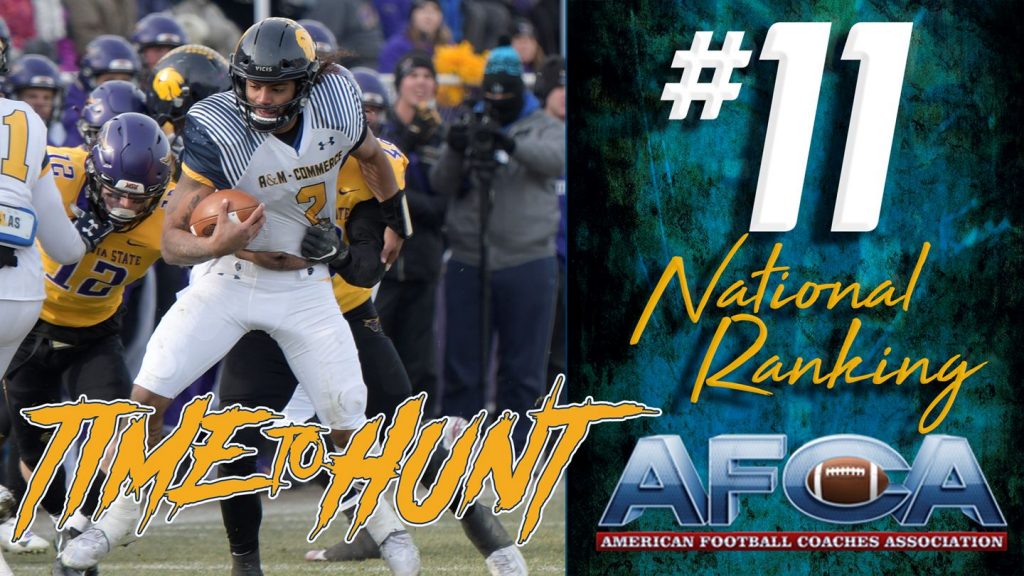 WACO – After a run to the regional final, the Texas A&M University-Commerce football team has finished the 2019 season as the No. 11 team in the nation in the final American Football Coaches Association Division II coaches’ poll, as announced Monday.

The Lions defeated two undefeated teams on the road in Tarleton and Colorado School of Mines, advancing to the regional final before seeing the season end at eventual national runner-up Minnesota State. The Lions made the second-largest jump in the rankings with their playoff performance, rising 10 spots from the end of the regular season. National Champion West Florida rose 19 spots from No. 20 to No. 1.

A&M-Commerce has been ranked in 65 consecutive AFCA polls, dating back to the 2015 preseason poll. This is A&M-Commerce’s 71st all-time appearance in the AFCA poll since its inception in 2000. In the polls recognized by Division II as the top rating system, the Lions have been recognized as a nationally ranked team 120 times since joining Division II in 1981.

The Lions will look to keep their momentum of five straight NCAA playoff appearances rolling into the 2020 season. The coaching staff will recruit for the 2020 signing class with spring practices following thereafter.

A Critical Look at 6 Favorite Christmas Tunes by John Litzler