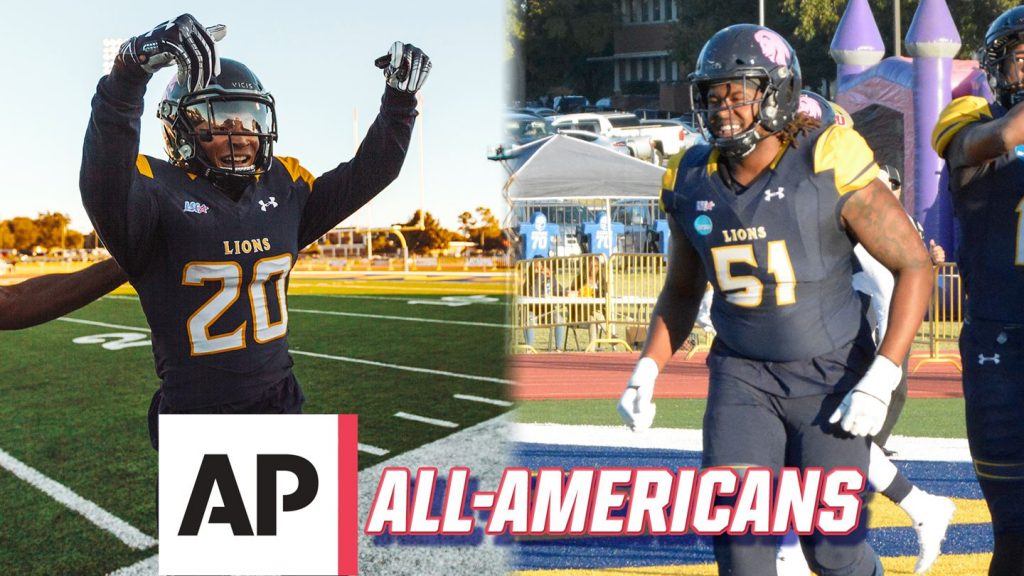 He earned LSC Special Teams Player of the Week honors twice in 2019, ranking second in the nation in kickoff return average at 37.5 yards per return, and second in the LSC and ninth in the nation in punt return average at 14.7 yards per return. His return prowess has seen teams kick away from him insomuch as he did not return a kickoff in the last three games of the regular season. He also had 39 tackles, three interceptions, two pass breakups, and two tackles for loss on defense.

Simon – a redshirt junior from Humble (Atascocita) – earns his first career All-American honor. He has been named to the Dave Campbell’s Texas Football All-Texas small college team, and has earned First Team All-Super Region Four honors from the Division II Conference Commissioners Association. In 2019, he earned Lone Star Conference Offensive Lineman of the Year and First Team All-LSC honors at offensive tackle. He blocked for an offense that averaged 407.9 yards and 36.1 points per game during the regular season.