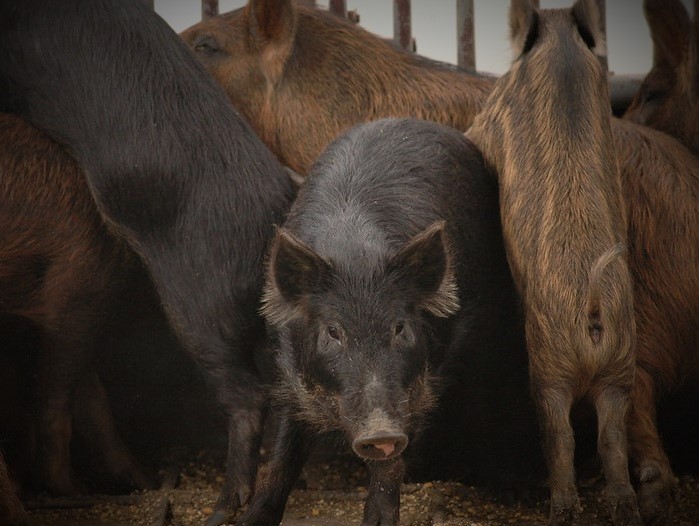 Whether you call them wild pigs or feral hogs, they are no longer just a rural problem, according to a Texas A&M AgriLife Extension Service expert.

Wild pigs cause more than $52 million in agricultural damage in Texas annually, said John Tomecek, Ph.D., AgriLife Extension wildlife specialist, Thrall. But it’s their encroachment into increasingly urbanized areas that is becoming a burgeoning problem for landowners and municipalities.

Texas’ wild pig population was 2.6 million according to a 2012 study. Now experts estimate their numbers have reached at least 3 million. Damage from the pest has been reported in nearly all 254 Texas counties.

“It’s a subject that’s come up several times in the past six months,” he said. “Everyone knows about the rural problems and how they affect ag producers, but I’m getting more and more questions about pigs in the city.”

“Wild pigs are becoming more brazen and ranging into populated areas,” he said. “They realize we are not going to do anything about them.”

Tomecek said people should give wild pigs a wide berth. Instances of people being injured by wild pigs is relatively low in the U.S. Most instances occurred when hunters approached the animal. But the first unprovoked human death caused by wild pigs recently occurred in Texas.

“If a person is walking and comes across wild pigs, don’t make them feel cornered,” he said. “You won’t outrun them, but they typically will give up the chase if they don’t perceive a threat. But if a person is threatened or pigs become aggressive, get off the ground. Climb a tree or a car, do anything to get elevated. If that isn’t an option, try to get away, but in that instance stay on your feet at all costs.”

“Dogs are usually on a leash in the areas we are talking about, and that is the best solution,” he said. “You don’t want your pet near them, but if they do engage them somehow, don’t try to get in the middle of the fight.”

Wild pigs on urban-suburban roadways is a major property and public safety concern, Tomecek said. Vehicle versus pig accidents cost Texas drivers more than $1,100 per accident, according to an AgriLife Extension report. Human injuries were reported in 6% of those accidents.

Tomecek said damage to lawns, as wild pigs search for food resources, is another growing problem in developing areas.

“When pigs access golf courses and root around trees or root up a golf green, it can get into the tens of thousands of dollars quickly,” he said. “We get calls about that type of situation frequently.”

Wild pigs are also responsible for damaging ecosystems and spreading diseases, including E. coli, to public water supplies and recreational waterways, Tomecek said. They are known to carry a disease – swine brucellosis – that is transferable to humans. Instances have been limited to situations such as hunters with an exposed open wound cleaning a wild pig carcass.

“You can still cook the meat to normal safety standards to kill anything they may carry,” he said. “But anyone handling a carcass should wear gloves and cover their mouth and eyes.”

Ecological damage beyond water quality is another concern, Tomecek said.

“People who live in town may think that pigs don’t hurt anything, but they can contaminate water systems with bacteria and fecal matter or increase erosion and sedimentation in riparian areas.”

Wild pigs consume resources like acorns and flora that would otherwise be consumed by native species like white-tailed deer and turkeys, he said. They also have been known to prey on white-tailed deer fawns and quail eggs.

They also spread invasive plant species like tallow tree, Tomecek said. Seeds get caked in mud on their bodies as they root around. The seeds are then transferred to other locations.

“There’s no strong deterrent to make hogs wary of entering more populated areas,” he said. “When they feel humans aren’t a threat, they’ll keep ranging into these areas and causing problems.”

Be proactive with wild pigs, but be a good neighbor

Tomecek said the best way to deal with wild pigs is effective trapping. This is especially true in areas where they cannot be hunted and dispatched with firearms.

“Landowners with larger tracts of land, such as on golf courses, have been very willing to trap or cooperate with cities to curb their numbers,” Tomecek said. “But the complications of dealing with pigs comes in areas with multiple landowners, HOA rules and conflicting opinions about how to deal with the issue.”

Tomecek said landowners and cities should take proactive stances against wild pigs where possible. They should focus on public lands and right-of-ways adjacent to or near bottomlands, creeks and heavily covered areas. Wild pigs are also mostly nocturnal, which means homeowners will likely see the damage they cause before seeing the animals.

“Hogs spend a lot of time in bottomlands, but they venture out in search of food,” he said. “A lot of creeks and low-lying areas with good cover are like wild pig superhighways, so those areas, especially if there are signs of pigs, are good areas to set up a trap.”

Tomecek reiterated that “effective trapping” is important. Pigs are extremely intelligent, and trapping entire sounders is vital. Any animal that escapes is likely to avoid future attempts with similar methods.

“Removal is the best method, especially for this urban-rural interface,” he said. “We also recommend landowners check with municipalities or state agencies when trapping inside jurisdictions or along public right-of-way. We hope all Texans will join the fight against wild pigs, but we also want them to be good neighbors while doing it.”