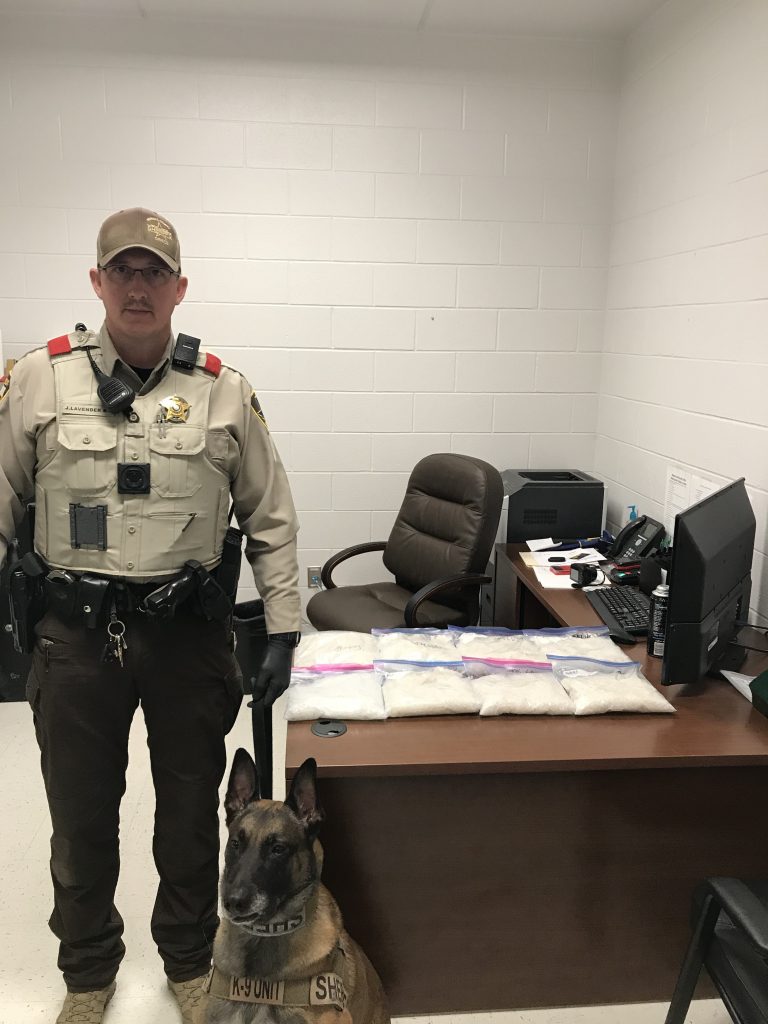 Officers conducted a traffic stop on I-30 around 1 a.m. this morning on Interstate 30. The two male occupants of the vehicle were detained and a search of the vehicle was performed with the K-9 unit.

Over 8 kilograms of methamphetamine were discovered in plastic packaging. Sheriff Tatum credited new Interdiction Officer Jason Lavender for the work in identifying and locating the contraband.

The two unidentified males are held at Hopkins County Jail. Bond has not been set.