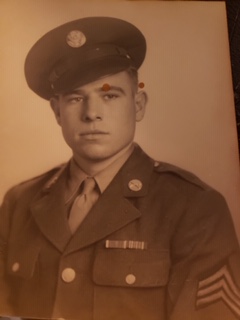 A Family led Memorial Service for Buford E. Jones, age 94, of Mt. Pleasant, TX, will be held at a later date.  Mr. Jones passed away at his residence in Titus County on Sunday, December 1, 2019.

Buford Edward Jones was born on March 2, 1925 in Hopkins County to Oscar J. Jones and Gertrude B. Phillips Jones.  Mr. Jones served in the US Army in WWII where he received a Purple Heart.  He then worked as a carpenter before retiring.

He is preceded in death by his parents: Oscar and Gertrude Jones; wives: Sybil and Lou.