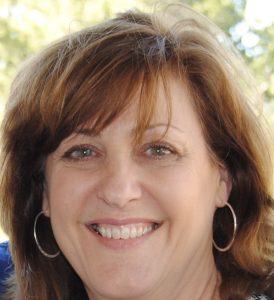 Memorial service for Tracey Lee Fox, age 57, of Sulphur Springs will be conducted at 10:00 a.m., on Tuesday, November 26, 2019 at the First United Methodist Church with Rev. Ed Lantz officiating. There will be no formal visitation.

Tracey was born on February 20, 1962 in Johannesburg, South Africa, the daughter of Errol Gold and Nola Fitzpatrick Gold. She married Lonnie Fox on May 18, 1985 in Dallas, TX and he survives. Tracey worked as an Instructional Designer at Wyndham Hotels & Resorts. She was a member of the First United Methodist Church. One of Tracey’s proudest achievements was when she became an American Citizen on September 13th, 1995.

In addition to her husband Lonnie, she is survived by her parents, son John Michael Fox of Nashville,Tennessee, daughterSarah Michelle Fox of Alexandria, Virginia, brothers Russell and David Gold of California,  and friends and family world-wide. Memorials may be made to the nursery ministry of First United Methodist Church. Cremation arrangements are under the direction of West Oaks Funeral Home.