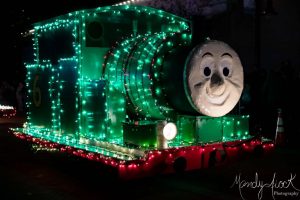 As the season of giving approaches, the Sulphur Springs Lions are preparing for a spectacular Christmas Light Parade.

The twelfth annual Sulphur Springs Lions Club Lighted Christmas Parade presented by Carriage House Manor will be held in downtown Sulphur Springs on the evening of Friday, December 6th at 7:00 PM.  As the sky darkens, the festively illuminated parade entries will bring Christmas cheer to the viewers along the parade route.

This year, due to the construction on Connally Street, the parade route will begin at Buford Park and head east on Houston Street to Church Street.  Then the parade will then head South on Church Street, around the west side of the downtown Square, and end at Taps Funeral Home.

The Lions Club would like to give a special thanks to Carriage House Manor for,once again, being the title sponsor of the parade.  Other parade sponsors include Alliance Bank, City National Bank, Farmers Electric Cooperative, Legacy Ag Credit, Brian Toliver Ford, Farm County, Jay Hodge Chevrolet, Nortex Tractor and Saputo.

Entry forms for the Lighted Christmas Parade can be picked up at any of sponsor location or the Hopkins County Chamber of Commerce.  The deadline to enter the parade is Tuesday, December 3rd.

Lions Clubs International is the world’s largest service club organization with nearly 1.3 million members in approximately 45,000 clubs in over 200 countries and geographical areas around the world.  Since 1917, Lions clubs have aided the blind and visually impaired, made a strong commitment to community service and served young people throughout the world.  For more information about the Lions Clubs International please visit, www.lionsclubs.org.