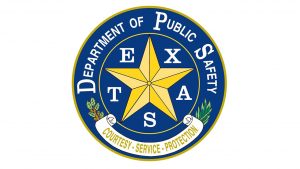 The Texas Department of Public Safety (DPS) has launched a new public webpage and automated telephone line allowing Federal Firearms Licensees (FFL) to verify whether an individual’s Texas License to Carry (LTC) permit is valid when he/she attempts to use an LTC as an alternative permit to purchase a firearm. This new tool for FFLs is voluntary but highly encouraged.

A valid Texas LTC may be used as an alternative permit under 18 U.S.C. § 922(t) to authorize a firearm transfer without the otherwise required national instant criminal background (NICS) check. However, in some instances, an LTC may have been revoked, but the actual card may not have been surrendered by the license holder. In such instances, the LTC should not be used as an alternative permit. While the department is not aware of an invalid LTC used in such a manner, providing FFLs with a convenient avenue to verify an LTC is an important safeguard to prevent such action.

For more information, click here to view the letter sent to FFLs about this new tool.

All Antibiotics for Livestock Will Soon Require a Vet’s Prescription