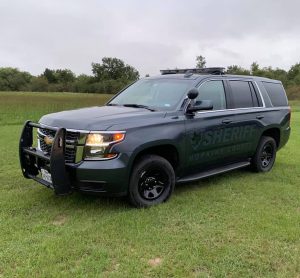 On Friday, November 8, 2019 at approximately 3:07 pm, Linda Vaughn contacted the Hopkins County Sheriff’s Office (HCSO) requesting assistance at her son’s residence.  Vaughn stated that she did not know what had occurred but that her daughter-in-law, Nicole Vaughn, called screaming for help.

Deputies arrived at the residence and found Joshua Vaughn lying face down on the ground, deceased from a gunshot wound. Judge Brad Cummings was notified and upon his arrival pronounced Vaughn dead at the scene.  During the investigation, James Kilgore was identified as the suspect in the case.  Members of the Vaughn family confirmed that there had been several altercations with James Kilgore, but believed they had reconciled their differences and despite the rumors, and did not know what led to the incident that day.

The Vaughn family described Joshua as a cowboy with a generous heart that lived his life simply. He loved spending time with his wife, Nicole and their four children.He loved being a dad. Even as HCSO’s continued their investigation, the community also described Vaughn as a hardworking man that you could count on, always willing to help others.

At this time, there is no further information but we ask that you continue to keep the families involved in your thoughts and prayers.

Daily Devotional from The Way Bible Church for November 13th, 2019