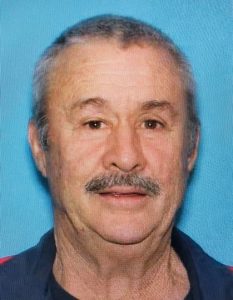 Hopkins County Sheriff’s Office has confirmed that the search for James “Jimmy” Kilgore has ended and that he was discovered deceased from an apparent suicide.

Kilgore was wanted in connection with the murder of a North Hopkins man on Friday afternoon. Evidence on the scene at the victim’s residence on County Road 4772 has led investigators to believe the shooting was an apparent homicide and that the weapon used was a handgun. HSCO has not yet released the name of the victim.

Kilgore left his vehicle, wallet, keys, and other possessions at his residence before fleeing. Investigators believed he left his residence with only a handgun, his dog, and a bicycle. A helicopter and drones were put into service in northern Hopkins County since Friday in an attempt to locate Kilgore. The US Marshals were monitoring Kilgore’s finances in case he was at-large.

Kilgore was also wanted on a previous warrant for Aggravated Assault with a Deadly Weapon.