Greenville Shooting Suspect Released from Custody Due to New Evidence 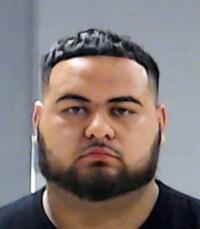 According to KLTV, the Hunt County Sheriff’s Department has released 23 year old Brandon Gonzales from custody after arresting him on October 28th in connection with the Greenville shooting that killed two people and left more injured at an unsanctioned Texas A&M-Commerce Homecoming party.

KLTV states that, “Due to the lack of cooperation from witnesses and discovery of exculpatory evidence during the course of the investigation, (Hunt County Sheriff’s Department) have requested the Hunt County District Attorney’s Office take no action on Gonzales’ case at this time, and that he be released from custody.”

Gonzales was originally arrested and charged with Capital Murder of Multiple Suspects due to statements given to law enforcement during their initial investigation, according to Hunt County Sheriff’s Department. The investigation into the shooting at the Party Venue on U.S. Highway 380 will continue.