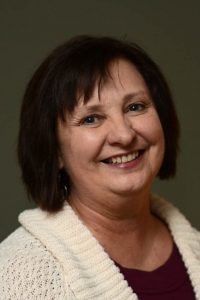 Beth Annette Young Shurtleff entered her life on earth on May 25th,1958 and was born in Virginia to Edward and Joyce Young.  They did get her back to Texas as soon as they could.  After living in El Paso briefly, they moved to Seguin, Texas where she grew up and met her high school sweetheart, Keith Shurtleff.  She graduated from Seguin High School in 1976.  She married Keith on August 16th, 1980 and graduated from Texas A&M University in the following December of 1980 with a degree in education.  She taught before her kids were born, then happily was a stay-at-home mom for several years.  In August of 1989, they moved to Sulphur Springs to buy a hog farm which they had for six years.  Then she returned to teaching in the Sulphur Springs ISD.  Her favorite teaching position was teaching to kids gifted with dyslexia for the last ten years of her career.  She enjoyed crappie fishing with her husband and was very competitive with it.  They even enjoyed tournament fishing for crappie.  She was a member of the Southside Church of Christ where she taught children’s Bible classes and young ladies’ Bible classes.

She is survived by her husband Keith, their daughter Kacey Batterton (husband, Kenneth), their son Brandon Shurtleff (wife, Amanda), and their son Brian Shurtleff (wife, Ricki).  The joy in her life was her four grandchildren: Cara, Paige, Statler, and Anne.  Cara brightened Beth’s life with her artistic abilities that she shared with her. Paige helped her in her declining years and was always willing to do things that might be difficult for others, but she did it with grace.  Statler gave her the best hugs and brightened her day with his smile.  And then just when she thought she would have no more grandchildren, Anne (with an E!) came along, and the joy just kept on coming!  When Kacey told her that she was expecting this little baby, at one time she became very depressed thinking she’d never get to hold her.  But when she talked to Kacey, she assured Beth that things would be different, but that they would make it work, and that she would get to hold Anne.  And she was right!Beth is also survived by her mother. Joyce Young, her sister Amy Watson (husband, Tony), and many aunts, uncles, cousins, nieces and nephews.

She was preceded in death by her daddy, Edward Young and her brother, Keith Alan Young.

If you would like to further the research of ALS, please look into Steve Gleason’s Foundation at www.teamgleason.org.