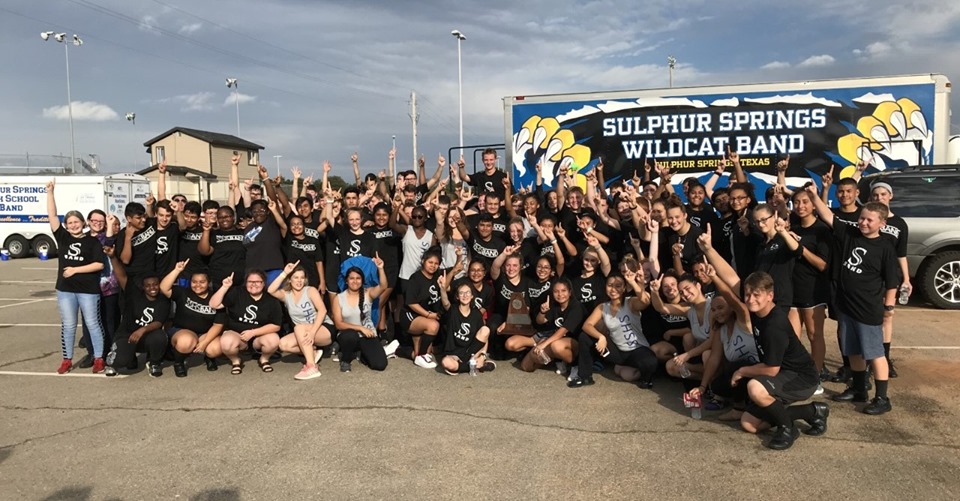 The band performed in the UIL Region Marching contest yesterday in Mt. Pleasant. This contest determines whether a band qualifies for the UIL Area contest for a chance at State Marching in San Antonio. The band performed at 4:15 and received straight first divisions from all judges, qualifying the band for Area Contest on October 26th at Mesquite Memorial Stadium. The Wildcat Band will compete against the best bands in UIL AREA C, which consists of 4 regions. “We are so proud of the progress and advancement these students have shown this year! It is amazing to see their commitment and determination to excellence grow every day.” said Spencer Emmert, head director.

The Band travels to Commerce for contest this Saturday and has a prelims performance time of 1:45 pm. All parents and supporters are encouraged to come and cheer on the band at contest. The Area performance time will be publicized as soon as it is released.