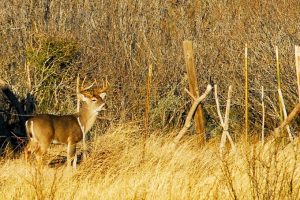 This Saturday, Sept. 28 is National Hunting and Fishing Day, and supporters of the special day are calling on Texas hunters and anglers to invite someone to go hunting or fishing, whether a first-timer, child or grandchild, friend, co-worker or neighbor.

Gov. Greg Abbott issued a proclamation supporting the special day, saying in part “Our sportsmen and women have generated millions to support the conservation efforts of the Texas Parks and Wildlife Department, and Texas’ hunters and anglers have boosted the state’s economy by purchasing and equipping themselves with the necessary tools to engage in their pursuits. Participation in activities like hunting and fishing are richly rewarding experiences. Not only do they create thousands of jobs and revenue for our great state but they are also great opportunities to deepen human relationships and reconnect with the environment.”

For more than 100 years, hunters and anglers have been among the earliest and most effective supporters of wildlife conservation in North America. Led by President Theodore Roosevelt, it was hunters and anglers who called for the first game laws restricting the commercial slaughter of wildlife. They urged sustainable use of fish and game, created hunting and fishing licenses, and lobbied for taxes on sporting equipment to pay for wildlife conservation.

Across the nation, including here in Texas, populations of white-tailed deer, redfish and other game species were almost wiped out by the early to mid-20th century from decades of unregulated exploitation. But today most fish and game have come back to plentiful abundance.

In modern Texas, hunting and fishing remain a cultural and economic force. In fact, the traditions are gaining traction among some urban audiences as a logical extension of the local food movement.

“We are definitely starting to see a shift in younger urban people becoming more interested in fishing and hunting,” said Chef Jesse Griffiths, who owns Dai Due butcher shop and restaurant in East Austin and wrote a 2012 book about preparing wild fish and game.

“It’s a pretty natural extrapolation from your farmer’s market, your local food conscientiousness. Maybe they’ve got a few chickens in their backyard and maybe they’ve planted a small garden plot. Once they’ve grown their own tomato, it’s a pretty easy mental leap to, ‘Oh, this tomato is pretty amazing. I bet a redfish or a catfish or a feral hog or a dove that I went out and got myself would be this good too.’”

Daily Devotional from The Way Bible Church for September 28th, 2019