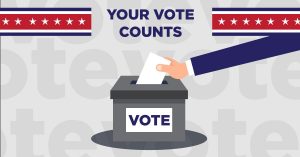 The November 5th election is still over a month away, but Texas voters have already taken to radio, newspapers, and social media to weigh in on Proposition 4 for this year’s ballot. Proposition 4, also known as House Joint Resolution (HJR) 38, would amend Section 24(a) in Article VIII of the Texas Constitution to state:

“The legislature may not impose a tax on the net incomes of individuals, including an individual’s share of partnership and unincorporated association income.”

Misconception 1: A vote “No” to Proposition 4 is a vote in favor of state income tax or voting “No” means you’ll pay federal and state taxes from your paycheck.

Misconception 2: A vote “Yes” to Proposition 4 keeps the power with the people of Texas instead of politicians.

The proposed amendment to Section 24(a) does the exact opposite, by removing the right for the people of Texas to have a referendum on the subject. Under the current language of Section 24(a) residents of Texas have the ultimate say in whether the state imposes an income tax. Under the proposed new language for Section 24(a), Texans would not be able to have a vote on the matter unless the state legislature (Senate and House) voted by a supermajority to alter Section 24(a) again. Some Texans who support a ban on state income tax may vote “No” to the amendment in order to keep the ultimate say in the hands of Texas residents instead of the state legislature.

Misconception 3: A vote “No” to Proposition 4 will allow businesses to avoid paying franchise tax.

This seems very unlikely. Opponents to Proposition 4 say the word “individual” is ambiguous. This is because, in some instances, the legal meaning of individual can include both natural persons (human beings) and corporations. Opponents are concerned businesses will claim the ban on “individual” income taxation will apply to the business as well.

While the possible loss of over $8 billion in anticipated franchise tax from the Texas budget is certainly alarming, Section 1 of the Article VIII likely keeps the franchise tax in place. Section 1 states, in relevant part, “The Legislature… may also tax incomes of… corporations other than municipal.” Additionally, several legislators have made it clear that the legislative intent of HJR38 is to prevent natural persons, and not businesses, from paying income tax.

Ultimately, the result of the vote on Proposition 4 this November will not determine whether Texas has a state income tax. Texas has never had a state income tax and that isn’t likely to change anytime soon. In 1993, Texas amended Article VIII of the constitution to ensure that the legislature couldn’t impose an income tax without a referendum of the people. Now Texas looks to amend Article VIII again. This time the goal is to make certain the potential referendum of the people never happens.