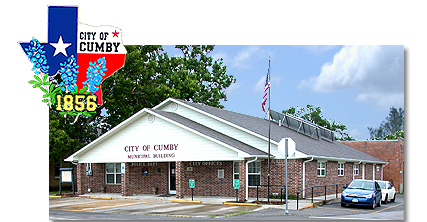 FrontPorchNewsTexas.com was contacted about the potential improper appointment of Audri Mayo to the Cumby City Council at a council special session on Saturday, September 21st. After researching the appointment and relevant government code with an attorney, FrontPorchNewsTexas.com has come to agree with the view of the concerned citizen and it does appear that the appointment of Mayo to the council was improper and not in conjunction with the codes regarding appointments when there are multiple vacancies on the council.

Instead of calling for a special election, the Cumby City Council appointed Audri Mayo to Place 2 on the council at a special session on Saturday, September 21st. Cumby Mayor Pro Tem Doug Simmerman told FrontPorchNewsTexas.com initially that Cumby City Attorney Jay Garrett advised him that the vacant position of Mayor did not count towards the vacancy count. Garrett confirmed in a conversation with us that his interpretation of the code was such.

However, Garrett’s view is in contradiction to a plain reading of the definition of a “governing body” that’s found later in the code. The relevant code, Texas Local Code of Government 22.031 (b), clearly says that the governing body includes the Mayor along with the aldermen. Texas Local Code of Government 22.031 (b) states, “If the municipality is not divided into wards, the governing body consists of a mayor and five aldermen who are elected by the qualified voters of the municipality, and the provisions of this subchapter relating to proceedings in a ward apply to the whole municipality.”

John Litzler, the attorney Front Porch News consulted, told us, “22.031(b) and 22.010(d) have to be read in conjunction, but the end result is clear to me. The mayor of a Type A General Law municipality is a member of the governing body. And the vacancy of the mayor’s position counts as a vacancy on the governing body.”

When we contacted Garrett a second time and asked him about this definition and how it is contrary to the advice he gave the Cumby City Council he told us, “I have a different interpretation.” Then when we asked him to view 22.031(b) code defining a government body, he did not change his stance despite the code being in apparent contradiction to his opinion. We attempted to contact Mayor Pro Tem Simmerman again after this conversation to ask him about the definition of a “governing body” in this code. He did not return our calls or messages except to tell us that Mayo will not be resigning her position as of now. All other current Cumby City Council members also declined to comment.

The deadline for filing for a special election with the state was September 20th, a day before Mayo’s appointment and 24 days after the resignations that should have triggered a special election. The position of Mayor is already on the ballot for the November election but the Place 2 position that Mayo was questionably appointed to should have been added by that September 20th deadline. State of Texas Election Code “requires the election to be ordered as soon as practicable after the vacancy occurs.”