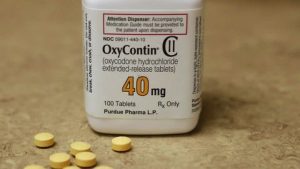 Attorney General Paxton released the following statement in response to the Chapter 11 bankruptcy filing of Purdue Pharma and all affiliated U.S. companies in the United States Bankruptcy Court for the Southern District of New York:

“For over a year, my office has been aggressively working to hold Purdue Pharma accountable for its deceptive marketing of prescription painkillers like Oxycontin, which has fueled our opioid epidemic. During that time, our focus has been not only on accountability, but on obtaining the resources we need to get the victims of this epidemic the help they deserve. To that end, we have been negotiating with Purdue Pharma and the Sackler family to obtain those resources without the delay of lengthy litigation and squandering the resources of the company on unnecessary court costs,” Attorney General Paxton said.

“This bankruptcy filing was not unexpected and is consistent with the framework structure agreed upon by a bipartisan group of 29 Attorneys General and Purdue Pharma to obtain those resources to help the communities impacted by opioid misuse and addiction. In the structured bankruptcy process agreed to by the Attorneys General, Purdue Pharma will be dismantled, the Sackler family will divest from all overseas pharmaceutical operations, and States will obtain billions of dollars toward addressing the harms caused by the opioid epidemic.”

Purdue Pharma is currently facing several hundred lawsuits related to the marketing and sale of opioids and has been expected to file bankruptcy for some time. The agreed terms of this bankruptcy are expected to provide far more recovery for the victims of opioid addiction than would be provided absent the agreement.