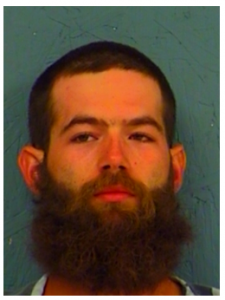 A SSPD Officer observed a tan Buick travelling in excess of 80 miles per hour on the 1800 block of College Street and began to pursue the vehicle. That section of College Street is a 45 mph zone. The vehicle was also allegedly swerving recklessly into oncoming traffic and nearly struck numerous vehicles.

Multiple SSPD units were able to stop Austin at the intersection of Jefferson and North Jackson Street. Austin was placed under arrest for Reckless Driving. During the detention, Austin allegedly resisted arrest and attempted to kick a Hopkins County Sheriff’s Office Deputy and braced his foot in the door to resist transport.

Austin was also charged with Resisting Arrest and transported to Hopkins County Jail where he is held on a total of $4,000 bond.