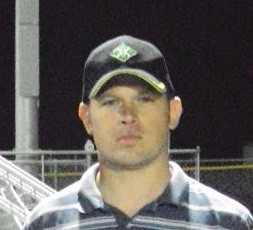 John “Travis” Vandeventer, age 39, passed away early Friday September 6th, 2019, at Baylor Hospital in Dallas TX. He was born February 5th, 1980, in Austin TX, to JohnVandeventer and Mary (Smith) Vandeventer. He was a 1999 graduate of Rains High School in Emory TX. He joined the United States Army in 2001 and served honorably with the 4th Infantry Division in Tirkrit Iraq, from March 2003 until April 2004. He was married to Heather (Dawson) of Dallas TX.  He leaves behind Heather, along with his parents, John and Monica Vandeventer, of Honobia OK, and Mary Smith of Dallas TX. He also leaves behind his siblings, Thomas Vandeventer of Royce City TX and his wife Leeann, DonaldVandeventer of Ft Worth TX and his wife Amanda, Jessica (Vandeventer) Covington of East Tawokoni TX and her husband Chad, Trevor Vandeventer of Brashear TX, and Ryan Smith of Dallas TX. Other significant people in his life include Dennis Denson of Romance AR, Melissa Vandeventer of Rockwall TX, Deborah Pace, of Tawokoni TX, Don and TetaVagasky of Tucson AZ, and Judy Stewart of Brashear TX. Other loved ones mourning Travis include nieces, nephews, and numerous cousins in both Texas and Arkansas. Memorial service will be held at 3:00 p.m., Wednesday, September 11, 2019 at West Oaks Funeral Home Chapel. There will be no formal visitation. www.westoaksfuneralhome.com

Daily Devotional from The Way Bible Church for September 10th, 2019