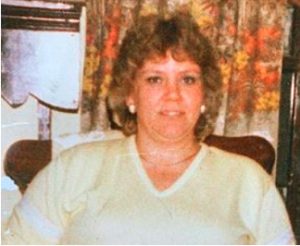 More than 30 years after a woman was killed, the Texas Rangers have arrested a man in connection with the case. On Wednesday, Aug. 28, Daniel A. MacGinnis, 60, of Warren, Texas, was indicted on one count of first-degree felony murder in the 1988 death of Patricia Ann Jacobs. MacGinnis is accused of killing Jacobs in October 1988. A motive in Jacobs’ death is unclear.

Jacobs, 36, attended a meeting at the now-closed Silver Spur tavern in rural Hardin County on the evening of Oct. 5. When she didn’t return home, her husband drove to the bar to search for her and found her pickup truck still in the parking lot. Jacobs’ husband contacted the Hardin County Sheriff’s Office and reported her missing.

On Oct. 6, Jacobs’ body was found in the Neches River in the city of Port Arthur, which is located in Jefferson County, approximately 40 miles from where she was last seen at the Silver Spur.

MacGinnis lived in Warren at the time of Jacobs’ death. The Texas Rangers, the Port Arthur Police Department and the Hardin County Sheriff’s Office investigated Jacobs’ slaying and determined MacGinnis was a suspect at the time. By the spring of 1989, MacGinnis had fled Texas and was in California. Texas Rangers traveled to California to interview him; however, MacGinnis denied any involvement in Jacobs’ death. The pair had no previous contact.

The investigation stalled until October 2018 when a family member contacted the Texas Rangers to request an update on the case. The Port Arthur Police and Texas Rangers determined there was evidence in the case that had not previously been examined by the Texas Department of Public Safety’s (DPS) Crime Laboratory. The DNA in question was submitted to the DPS lab for testing — it was a match for MacGinnis.

MacGinnis was arrested on Tuesday, Aug. 27, on one count of first-degree felony murder, and he was indicted the following day. Additional charges are not anticipated, and his bond has been set at $1 million.

MacGinnis has previously been convicted of crimes in Texas, California and Idaho. The Texas Rangers continue their investigation in East Texas, and have reached out to law enforcement agencies in California, Idaho and eastern Texas in an effort to determine if MacGinnis is tied to any other unsolved cases.