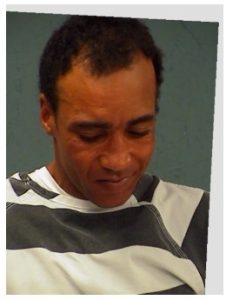 SSPD officers were dispacted to a Park Street residence in reference to a disturbance. Officers were told that the suspect assaulted a female victim and then stole her vehicle. It was later found that Beachem had kicked in the back door, assaulted the home owner by choking and punching her with a closed fist multiple times.

Officers located the vehicle at the EZ Mart on Helm Lane and attempted a traffic stop. The suspect fled in the stolen vehicle and wrecked it in the parking lot of the Quail Ridge Apartments on Helm Lane.

A lengthy search was conducted and the suspect, Terence Ramon Beachem of Sulphur Springs, was located and taken into custody. Beachem is held at Hopkins County Jail on charges of Burglary of a Habitation, Evading Arrest/Detention with a Vehicle, and Unauthorized Use of Vehicle.