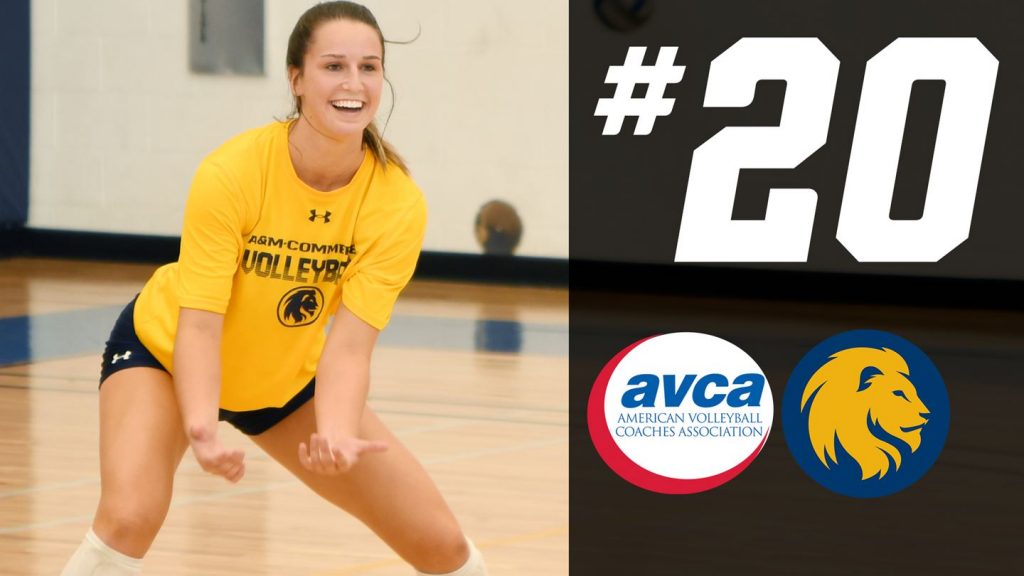 The Texas A&M University-Commerce volleyball team is the No. 20 ranked team in the American Volleyball Coaches Association preseason poll, as announced this week. This marks the 13th consecutive AVCA poll in which the Lions have been nationally ranked.

The Lions are coming off one the best seasons in program history, finishing the year with a 30-6 record. The team caught fire in the LSC Tournament, winning three straight matches to win the program’s second ever LSC Tournament Championship. The team earned its second consecutive berth into the NCAA Tournament and advanced to the Regional Championship match. The Lions won 23 of their final 25 matches of the 2018 season.

After making their first appearance in the AVCA poll in nearly 30 years during week two of the 2018 season, the Lions have appeared in every poll since.

The Lions begin the season on Sept. 6 when they will travel to Arkadelphia, Ark. for a tournament hosted by Henderson State and Ouachita Baptist. After eight matches on the road to begin the year, the Lions will host Texas A&M-Kingsville on Sept. 20 in their first home match of the season, as well as the first week of conference play.

A&M-Commerce will host 12 home matches during the regular season, including 11 matches against LSC opponents. Season tickets for Lion Volleyball home matches can be purchased at WeAreLionsTix.com, by calling (903) 468-8756, or by visiting the Lion Sales & Service Box Office inside the Field House during business hours.