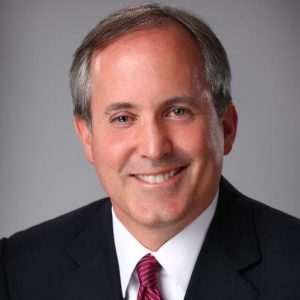 A legal team from Attorney General Ken Paxton’s office defended state abortion regulations that they claim are designed to protect the health and safety of women last week. The U.S. Court of Appeals for the Fifth Circuit today considered challenges to dozens of Louisiana’s democratically enacted abortion laws. The court allowed Texas to participate in oral arguments as amicus curiae. Texas supported Louisiana’s argument that a district court incorrectly denied a motion to dismiss the meritless claims attacking the State’s entire regulatory system for abortion clinics, and explained the impact this ruling could have on Texas and other Fifth Circuit states. The challenged Louisiana laws include health and safety standards, staffing requirements, and informed-consent measures—even a requirement that abortion clinics sterilize their instruments.

Texas and Mississippi – which joined Texas on an amicus brief in the case – are currently engaged in similar lawsuits. In Texas, abortion providers filed a lawsuit challenging the majority of Texas laws governing abortion, claiming that the laws unconstitutionally burden their patients. The challenged laws include basic health and safety standards; a requirement that doctors perform abortions; a 24-hour waiting period; informed consent measures that ensure patients have all the information they need when making their decisions, including an ultrasound requirement; regulations on the use of medications to induce abortions; and laws governing the judicial bypass process for minors who seek abortions without parental notice or consent. Many of these laws have previously been upheld by the U.S. Supreme Court or the Fifth Circuit.

“The laws challenged by the abortion industry are specifically designed to protect women, so it’s natural to ask why abortion providers consider them so burdensome,” Attorney General Paxton said. “The answer is simple: this lawsuit and others like it have nothing to do with women’s health and everything to do with maximizing the clinics’ bottom line. The nation saw what happens when the government abdicates its duty to oversee abortionists in the case of Kermit Gosnell, who killed and injured women in his filthy, unregulated clinic. Women deserve better. The challenge to Louisiana’s sensible abortion laws should be tossed.”