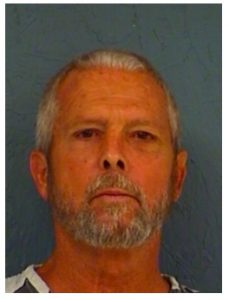 On Saturday, August 10th at approximately 11:42 a.m. Sulphur Springs Police Department officers responded to a call from Walmart management in reference to a person making comments to patrons regarding the recent incident that occurred at the El Paso Walmart. These comments were alarming to patrons and Walmart management was alerted.  Officers responded to Walmart and made contact with the subject identified as Allen Ray Stuart. Management requested that Stuart be issued a criminal trespass warning from Walmart. The warning was issued and Stuart was released. Officers were unable to speak with any of the patrons Stuart directed these comments towards.

Later Saturday, at approximately 12:24 p.m., officers responded to Starbucks where Stuart again had approached a patron and made additional comments in reference to Walmart. On arrival, officers made contact with the complainant and he feared for his safety as well as the safety of others due to the comments and actions made by Stuart. Officers made contact with Stuart, again. While speaking with Stuart, he used vulgar language and was asked to stop but was later arrested for Disorderly Conduct after he continued to use this language. Later, Stuart was also charged with Terroristic Threat, a 3rd degree felony.

Stuart is currently held at Hopkins County Jail on a $150,000 bond.