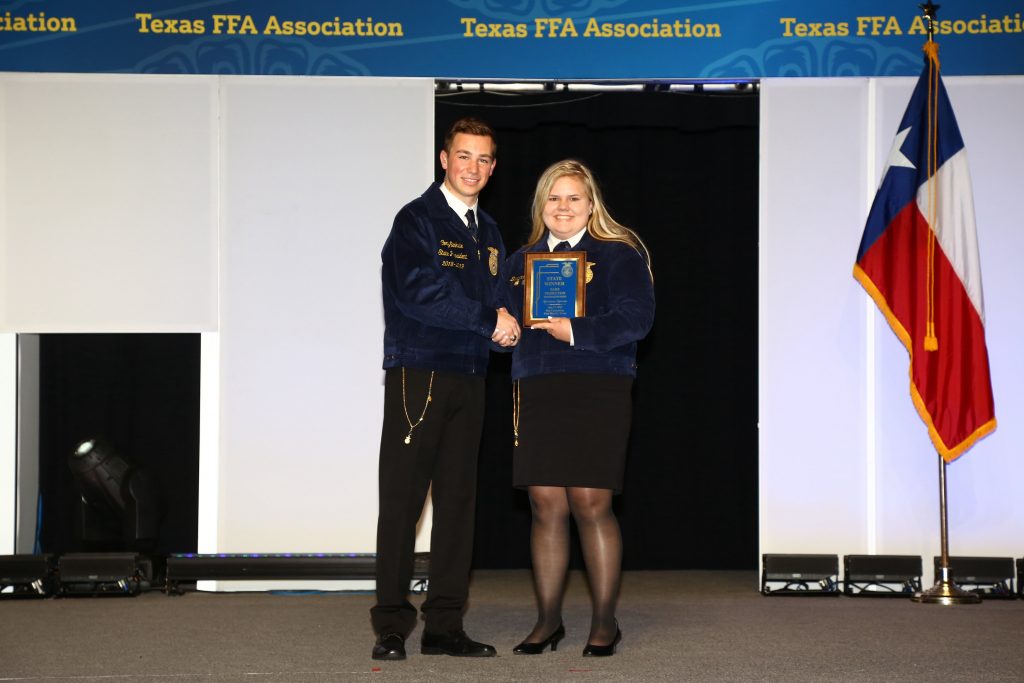 A portion of the American FFA Degree ceremony states, “Boundaries within our country exist only in name.  True American citizens are interested in and loyal to their local communities and states, but their greatest devotion is to their country.  Recipients of the American FFA Degree see beyond limited horizons.  They concern themselves not only with the affairs of their local chapters and state associations, but also with the National FFA Organization, working for the advancement of agriculture, which, in turn, strengthens America.”

In addition to being a candidate for the highest degree the FFA can offer, Bowen was also named a National Finalist in the Dairy Proficiency Award competition. Bowen was selected as the winner at the state level and then competed at the National level where she was recently named a “National Finalist.”

The National FFA Organization has 47 different proficiency award areas, where students compete to be named the very best in the Nation through a competitive application process. Candidates pursuing this award have been very successful with their supervised agriculture experience programs and have developed a special set of skills for their future. Bowen will be recognized at the National FFA convention, where she will compete to be named the National Winner in the Dairy Proficiency Entrepreneurship category.