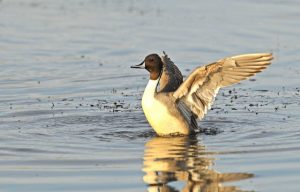 Fish and wildlife populations are under increasing pressure from habitat loss, invasive species, emerging diseases, and extreme weather events in Texas and throughout the country. As many as one-third of our nation’s species are on the brink of becoming threatened or endangered. A bill just introduced in Congress seeks to reverse this trend.

House Resolution 3742, known as the Recovering America’s Wildlife Act (RAWA), would provide $1.3 billion annually to state initiatives, and $97.5 million to tribal nations, to support at-risk fish and wildlife populations and their habitats. The funding would come from existing revenues, and would not require any new taxes. Texas would get an estimated more than $50 million per year.

Texas is home to more than 1,300 of the 12,000 species identified nationwide as Species of Greatest Conservation Need. Many iconic fish and wildlife are in decline, including the much-loved Texas horned lizard, Pronghorn antelope, Guadalupe bass, sea turtles, and many grassland and coastal birds. H.R. 3742 is being called a once-in-a-generation opportunity to save these wildlife species, and to provide more regulatory certainty for businesses, land developers, the oil and gas industry, and governmental entities.

“H.R. 3742 would be a game-changer for fish and wildlife – in Texas and across the country,” said John Shepperd,” Texas Alliance for America’s Fish and Wildlife spokesman. The Recovering America’s Wildlife Act is a cost-effective way to recover fish and wildlife populations without the more reactive, “emergency room” measures of the Endangered Species Act.  Once a species reaches the need to be listed as Threatened or Endangered, the process of recovery is more difficult and expensive.  It is much smarter to act before these at-risk populations reach a critical point.”

“Healthy fish and wildlife populations are the backbone of Texas’ multi-billion dollar outdoor recreation economy,” Shepperd said, “which includes hunting, angling, wildlife watching, kayaking, nature tourism, camping and hiking. Research has proven children do better in school when they connect with nature. Functioning ecosystems provide food, fiber, timber, pollination, and clean air and water which benefit all of us.”

list, without raising or creating new taxes. This legislation is good for wildlife, good for business, good for Texans.”

H.R. 3742 directs existing federal revenues to the Wildlife Conservation and Restoration Program, established in 2000. State wildlife agencies will distribute the money through grants and partnerships within the conservation community for habitat restoration, research, land protection, establishing conservation easements, reintroducing wildlife, and other initiatives listed in each state’s Wildlife Action Plan.

Particularly interesting for a private lands state like Texas, the funding could expand cost-sharing programs for private landowners to conduct voluntary wildlife and habitat stewardship activities on their property. It will also be used to fund educational programs and introduce more Texans to outdoor recreation opportunities.

The Recovering America’s Wildlife Act gained a lot of support in the last congressional session; 116 Members of Congress cosponsored the House bill, evenly split between Republicans and Democrats. Texas had the second highest number of cosponsors of any state, 13 total, including 6 Republicans and 7 Democrats.

The Texas Alliance for America’s Fish and Wildlife is a coalition of more than 160 organizations and businesses which actively supports the legislation. More information, including what people can do to help, is on the Texas alliance website.

A preliminary report by Texas Parks and Wildlife Department outlines early ideas on Texas goals and objectives, and highlights examples showing how RAWA funds could be spent in Texas.