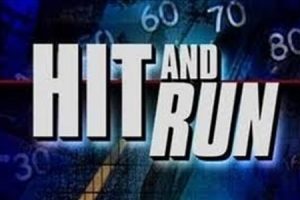 Hopkins County Sheriff’s Office responded to a report of a hit and run on Highway 154 S Sunday night by 30 year old Omar Sanchez of Sulphur Springs. The caller that reported the incident was following the Sanchez’s until law enforcement could arrive. Sanchez turned down a dead end county road and then hit the caller’s vehicle after turning around. The suspect again fled from the second wreck.

Officers then located the vehicle travelling northbound on 154 S. The vehicle was taking an abnormal amount of time to stop so officers conducted a high risk stop on the vehicle. Sanchez refused to exit the vehicle and officers had to use physical force to remove him. He continued to resist attempts to handcuff him and an officer had to deploy his taser. He then attempted to pull the taser away from the officer. Officers were able to place handcuffs on him after that struggle.

Officers then observed several signs of intoxication. He refused to provide a breath specimen so officers applied for a Blood Search Warrant. He was then taken to the hospital where blood specimens were collected.

Sanchez is charged with Attempt to Take Weapon from an Officer, Resisting Arrest/Search/Transport, and Driving While Intoxicated. He is currently held at Hopkins County Jail on $8,000 bond.