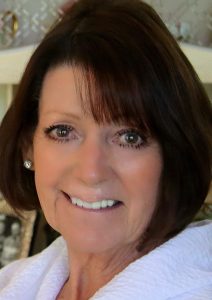 The next meeting of the Silver Leos Writers Guild is slated for Wednesday, July 10 at 1:00 p.m in the A&M-Commerce Alumni Center (corner of Stonewall and Bois d’Arc in Commerce). This month’s agenda includes Texas author JoDee Neathery, who will discuss her experiences as a first-time author through her presentation, “Life in a Box: The Inspiration, the Journey, and the Leap of Faith.”

Drawing from her Southern California and Texas roots, JoDee Neathery plucked a few personalities off the family tree, encasing their world inside fictional events to create her literary novel, Life in a Box. “I spent many hours savoring a suitcase full of old photographs and journals, realizing by discovering the past, the present became relevant. Every face and every word inside this treasure trove of antiquity told a story,” she explains. She loves sharing her journey to all that will listen.

JoDee will also talk about the marketing strageties she used to garner sales and reviews. Her forthcoming novel, A Kind of Hush, is a study of how life is seldom a tidy affair, asking the question is there a gray area between right and wrong. The author will have copies of Life in a Box available for sale at the meeting. Readers can also order it from Amazon.com.

Her professional career began in the banking industry after aspirations of becoming a dancer were set aside and her jazz hands relegated to typing and shorthand. From banking JoDee moved into public relations where she worked for some of the largest companies in Dallas and New York. Upon returning to Texas she handled public relations for a non-profit and wrote freelance articles for newspapers, trade publications, ceremony scripts, and a few obituaries. Besides working on her second novel, she contributes a column, “Back Porch Musings,” for an area newspaper. However, her dream job for the past thirteen years has been chairing, writing minutes and reviews for her ninety-three member book club—or as JoDee describes the group: “the ones who encouraged, prodded, cheered and believed in me before I did. If not for them, my first novel would still be a flight of fancy.”

JoDee and husband, Mickey, reside in the Cedar Lake area in close proximity to their only daughter, son-in-law, two grandsons, a bird dog, two cats, a donkey, and a few head of cattle.

Silver Leos Writers Guild, a chapter of the A&M-Commerce Alumni Association, meets the second Wednesday (January-November). Members wanting one-on-one assistance are invited to attend the Peer Review Group, beginning at 11:30 a.m. SLWG membership is open to those interested in all genres of writing and are 21 years of age or older. Dues are $20 per year. For Additional information contact Sharon Feldt, president, at 903-335-8502 or Vicki Griffis, vice president, at 903-568-4661