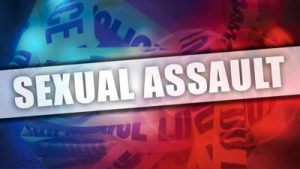 HCSO received numerous tips from the National Center for Missing and Exploiting Children regarding Lopez. These tips alleged Lopez was soliciting minors online for nude photographs. Eventually an additional tip alleged that Lopez had a 16 year old girlfriend and he recorded them having sex.

Investigators gave Lopez the opportunity to come in for an interview and he declined. Investigators then located Lopez at his residence with a minor inside the residence. He admitted to investigators that the minor was his girlfriend but that “her parents know what is going on.”

Lopez admitted to having sex with the minor which he recorded on his phone. He admitted that he had been in a sexual relationship with her for more than a year. He also admitted to soliciting additional nude images from other minors online and having THC oil in his residence.

Lopez was arrested and charged with Sexual Assault of a Child and Possession of a Controlled Substance 4 grams>200 grams. He is currently held in Hopkins County Jail on bonds totaling $150,000.