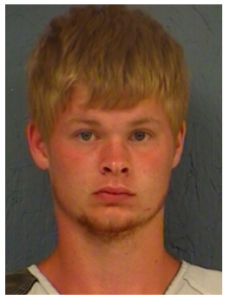 SSPD responded to reports of a female being held against her will at gunpoint at Buford Park around 7:30 pm. The victim told officers that she and Bryant had an argument over ending their relationship at a residence. During the disturbance, Bryant allegedly discharged the firearm out of an open window and then pointed the gun to her head. He also allegedly put the firearm against the victim’s mouth.

The victim told officers that she attempted to change the subject and told Bryant that she wanted to go play volleyball and get something to eat. They left the residence and proceeded to the park. The victim then texted a friend and asked them to call the police.

Bryant was placed under arrest and the firearm was retrieved from the previously mentioned residence. He is currently held at Hopkins County Jail on $200,000 bond.

Daily Devotional from The Way Bible Church for June 28th, 2019