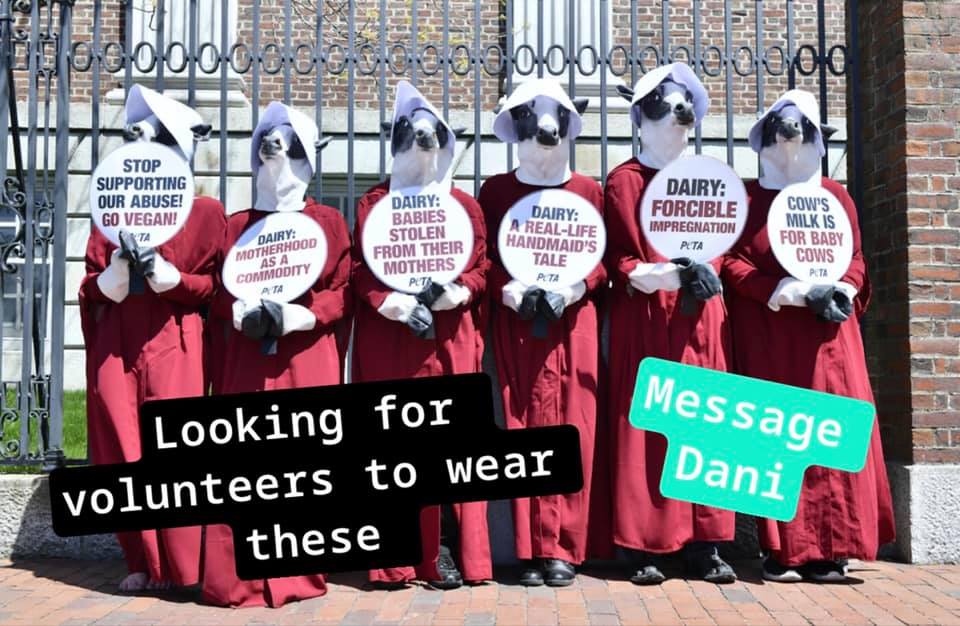 A very small group of protesters are planning to protest the Hopkins County Dairy Festival this weekend. The protest has become a popular topic of conversation on local social media. The organizers, for some reason, believe that Southwest Dairy Farmers’ mobile dairy live milking demo “brainwashes children to think milk is healthy and normal.”

According to a press release sent to us by the “activists”, “A group of activists will protest a dairy festival being held in Sulphur Springs, TX.  Activists will hold signs, chant, and stand in protest during the parade and following events.  Activists will be seen wearing costumes fashioned after the popular television show Handmaid’s Tale, additionally wearing cow masks, to demonstrate the comparison between the treatment and use of fertile women in the show and the treatment of cows in the dairy industry.  Mother cows are forcibly impregnated continuously in order to maintain milk production until their bodies collapse from the strain, at which point they are then sent to slaughter.”

Sulphur Springs officials are aware of the planned protests. Sulphur Springs Police Chief Jason Ricketson told us this group has a right to a peaceful protest and they expect the situation to remain peaceful.

Everyone should plan on coming out and enjoying the Dairy Festival events just like they always have. The less attention the protesters receive, the sooner they’ll moo-ve on.

What to Know When Planting Curcurbits by Dr. Mario A. Villarino, County Extension Agent for...

Celebrate Every Kid Healthy Week at Home or at School by Johanna Hicks, Family &...

Texas House gives initial approval to “constitutional carry,” which would allow people to carry a...